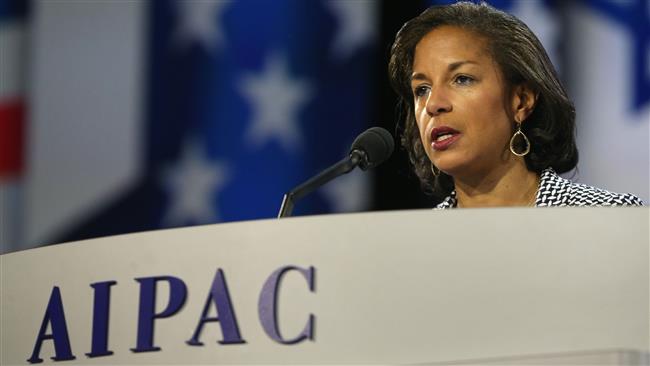 There is no way for Iran to “unlearn” the capabilities it has gained in the nuclear energy sector, says US National Security Adviser Susan Rice.

Addressing the American Israel Public Affairs Committee (AIPAC) in Washington on Monday, Rice said calling for an end to Iran’s nuclear activity is neither a “viable negotiating position nor is it attainable.”

“No one can make Iran unlearn the science and nuclear capabilities it already possesses,” she said, warning on efforts underway to impose more sanctions on Tehran.

Rice’s remarks were made ahead of a planned speech by Israeli Prime Minister Benjamin Netanyahu at the US Congress.

Netanyahu’s speech, planned without consultation with the White House, has been boycotted by President Barack Obama and other high-ranking officials from his administration.

The Israeli premier’s speech, scheduled to be made on Tuesday, is part of the regime’s attempts to block a nuclear agreement between Tehran and the Sextet of world  powers – the US, Britain, Russia, China, France, and Germany.

He was invited for the speech by House of Representatives Speaker John Boehner, a Republican whose party has been dealing with ways to impose sanctions on Iran in the middle of negotiations with Tehran.

Tehran and the P5+1 states have until the end of March to narrow their differences in a bid to reach a final and long-term accord aimed at putting an end to the 12-year-old dispute over Iran’s nuclear program.