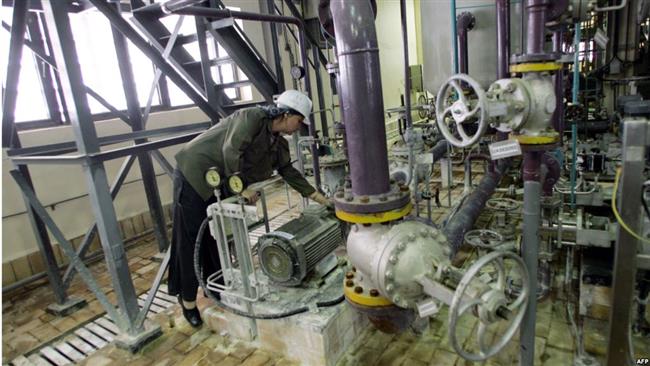 In this file photo, an engineer is working at Bushehr nuclear power plant.

Iran and Russia have struck a deal to produce nuclear fuel in the Islamic Republic, Iran’s ambassador to Russia says.

“Based on a memorandum, Iran and Russia have agreed to jointly produce fuel and this is within the framework of our country’s long-term plans for nuclear fuel production,” Forsat-e Emrouz daily newspaper quoted Mehdi Sanaei as saying.

He said that the cooperation agreement is a “very positive step for deepening nuclear cooperation” between the two countries.

Sanaei said the ground is close to being broken for the construction of a second nuclear power plant in Bushehr, southern Iran, where Russia has already built Iran’s first power station.

According to the deal, up to four of the projected power plants are planned to be built at the site of Bushehr nuclear power plant in southern Iran.

The remaining four are expected to be constructed elsewhere in Iran, but the exact location has not been determined yet.

Moscow and Tehran have also expressed their intention to cooperate in the field of the nuclear fuel cycle and ecology, saying they will look into the possibility of producing components of nuclear fuel in Iran in the future.

After signing a deal on the construction of nuclear plants in 1992, Tehran and Moscow reached an agreement in 1995 to complete Iran’s Bushehr nuclear power plant, but the project was delayed several times due to a number of technical and financial problems.

The 1,000-megawatt plant, which is operating under the full supervision of the International Atomic Energy Agency (IAEA), reached its maximum power generation capacity in August 2012.