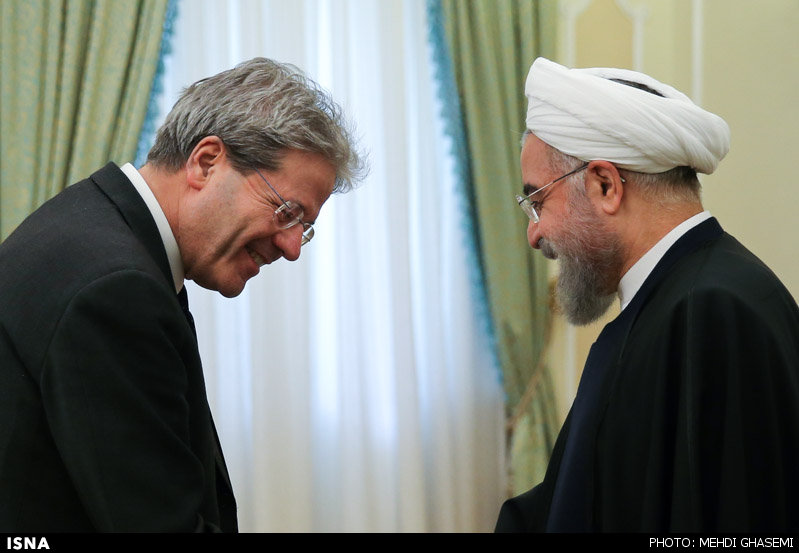 Rouhani also reiterated that exchanging trade delegations, holding consultations between the two countries and boosting bilateral ties not only benefit the two sides, but also the entire region and the world.

Rouhani also highlighted friendly ties between Iran and Italy, and said, “The two countries have always had positive relations. We can pave the way for useful mutual cooperation in many fields.”

Gentiloni, for his part, expressed his country’s firm will for boosting cooperation with Iran, and said, “Iran and Italy should take longer steps in widening economic cooperation and should not wait for the results of Geneva talks.”

He also said despite sanctions imposed on Iran, there are still large capacities and potentials for useful cooperation.