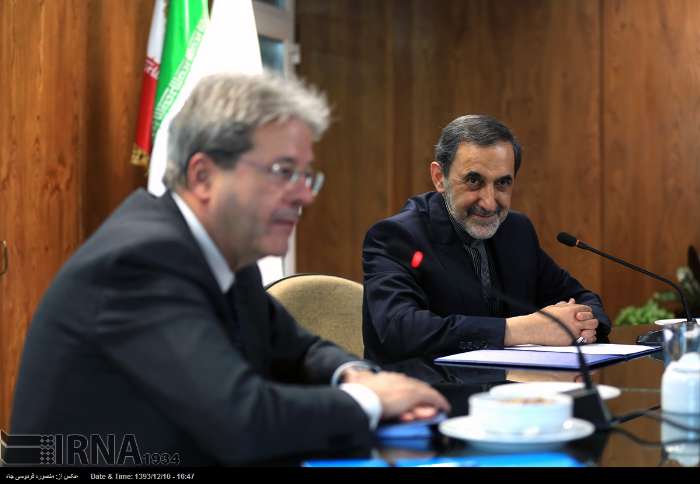 Speaking on the sidelines of a meeting with Italian Foreign Minister Paulo Gentiloni on Sunday, Velayati said that comments made by Netanyahu that US President Barak Obama should pay attention to security of Israel in nuclear talks with Iran have no logical basis, adding that Netanyahu is a peddler.

He went on to say that Netanyahu’s remarks are irrelevant and many people dismiss his rhetoric.

Also on Sunday, a senior aide to the Iranian president said Netanyahu’s upcoming remarks at the US Congress will not find any supporter in the outside world and will be highly beneficial to Iran.

“Netanyahu’s comments at the US Congress will further widen the existing gaps (between Israel and its supporters) in different arenas and finally will benefit Iran,” Iranian President’s Deputy Chief of Staff for Political Affairs Hamid Aboutalebi wrote on his tweeter account.

Media analysts believe that when Netanyahu addresses Congress on Tuesday he will call for a halt to President Barack Obama’s emerging nuclear deal with Iran, a step viewed as crude electioneering.

Since accepting Republican House Speaker John Boehner’s invitation in January, Netanyahu has clashed repeatedly with Obama who said he would not be welcomed at the White House during the trip. The 65-year-old prime minister refused appeals from Democrats to cancel the speech.

Iran’s President Hassan Rouhani said last month that the country’s logical approach in talks with the world powers and its transparent cooperation with the UN nuclear watchdog had caused the world states to admit that Tehran’s nuclear technology was for peaceful purposes.

Also in February, Iran’s envoy to the International Atomic Energy Agency (IAEA) Reza Najafi said the latest report by the IAEA on Iran indicated that the country’s nuclear activities were transparent and the alleged concerns of certain western states were baseless.

“The detailed report inclusive of the places, the number of centrifuges and their types, the amount of enriched and not enriched materials, the number of manufactured fuel plates and reports on numerous inspections all in all indicate full transparency of Iran’s nuclear program,” Najafi said.