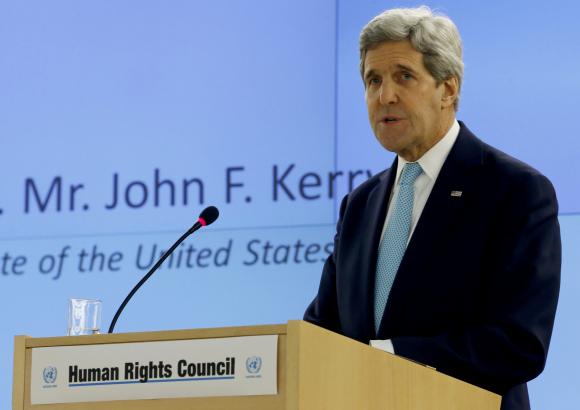 (Reuters) – U.S. Secretary of State John Kerry said there had been some progress in the Iran nuclear talks but there was “a long way to go and the clock is ticking.”

He also voiced concern about the possibility of selective leaks in the coming days about the talks, which he will resume with Iran’s Foreign Minister Mohammad Javad Zarif in Montreux, Switzerland.