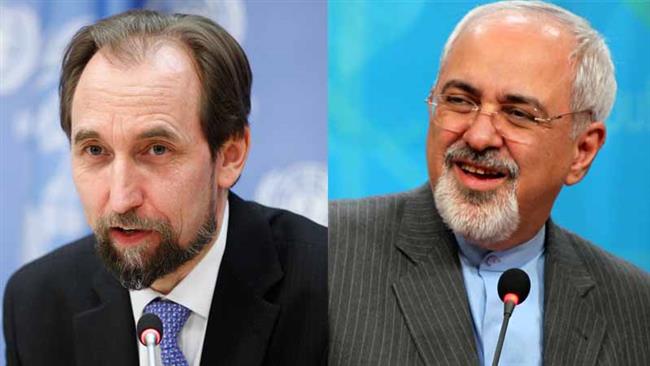 Iranian foreign minister Mohammad Javad Zarif says the country is very concerned about the rising trend of Islamophobia in the Western world.

In a meeting with the United Nations High Commissioner for Human Rights Zeid Ra’ad Zeid al-Hussein on Monday, Zarif warned against what he called the “increasing growth of Islamophobia in the Western countries.”

Zarif attended the meeting in Geneva, Switzerland, where he is engaged in another round of nuclear talks with US and EU officials.

The Iranian foreign minister also touched upon the increasing number of terrorists leaving the Western countries to join the terrorists groups in the Middle East and called for a “sweeping” campaign against terrorism and extremism.

He said this phenomenon could have serious repercussions for the entire world and urged the UN official to put more efforts into countering the scourge.

The Iranian foreign minister also declared Iran’s readiness to cooperate with the United Nations agencies in promoting the human rights.

The UN official, for his part, welcomed efforts that could improve the human rights situation across the world and said the United Nations Human Rights Council (UNHRC) is ready to increase it dialogue and cooperation with Iran on the issue.