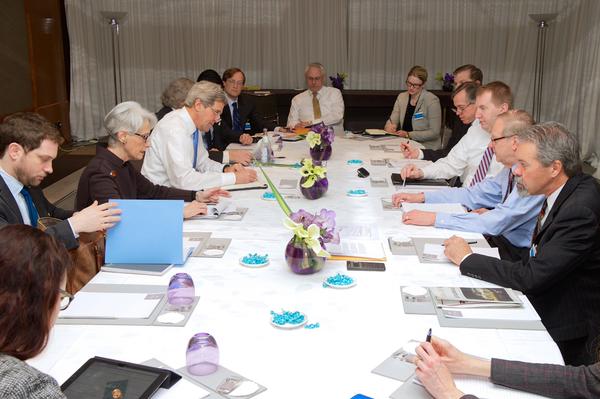 TEHRAN (Tasnim) – Diplomats from Iran and six world powers are going to hold a new round of talks on Tehran’s peaceful nuclear program in Switzerland, with Iranian and US negotiators set to meet in Montreux on Monday.

Deputy foreign ministers from Iran, Abbas Araqchi and Majid Takht Ravanchi, will hold a meeting on Monday with the US delegation, led by Under Secretary of State for Political Affairs Wendy Sherman.

A plenary session involving Iran and the Group 5+1 (Russia, China, the US, Britain, France and Germany) will be held on March 5.

Elsewhere in Switzerland, Iranian Foreign Minister Mohammad Javad Zarif is in Geneva to address the high-level segment of the 28th session of the United Nations Human Rights Council.

The top Iranian diplomat is planned to meet his counterparts from Russia and the Netherlands in Geneva.

He is also expected to hold bilateral talks with US Secretary of State John Kerry.

The fresh round of talks on Iran’s nuclear program will also include Head of the Atomic Energy Organization of Iran (AEOI) Ali Akbar Salehi and US Energy Secretary Ernest Moniz, who discuss the technical issues in the course of talks.

The two sides held bilateral and multilateral negotiations in Geneva earlier in February to narrow the remaining differences ahead of a deadline for a final agreement by July 1.