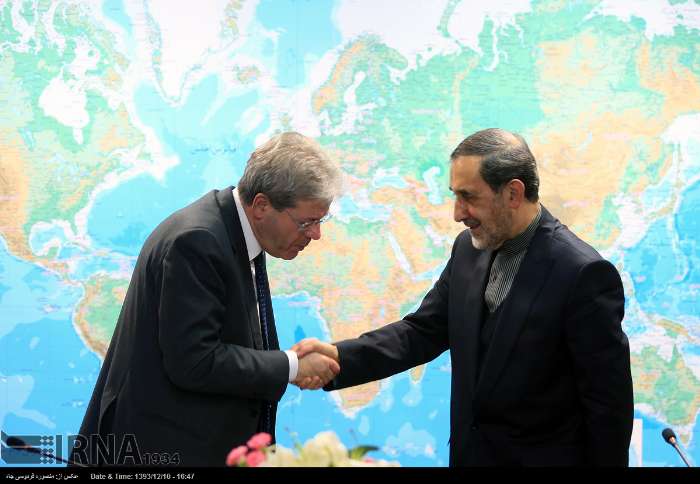 Tehran, Mar 1, IRNA – Italian Foreign Minister Paulo Gentiloni said Sunday that the positive outcomes of the nuclear talks between Iran and the six governments – known as the P5+1 – would serve interests of both Iran and the international community.

Gentiloni made the remarks on the sidelines of a meeting in Tehran with head of the Center for Strategic Research of Iran’s Expediency Council Ali-Akbar Velayati.

Asked about the International Atomic Energy Agency verification that Iran has made no diversion from the civilian path of the national nuclear program, Gentiloni said that critical negotiations are underway and they will enter more critical stages in the upcoming weeks.

The Italian foreign minister said that at this juncture, both sides should avoid making remarks that could undermine the talks.

He said that Italy is optimistic about the nuclear talks with Iran and believes that the negotiations would bear fruit and would push for a deal at the earliest.