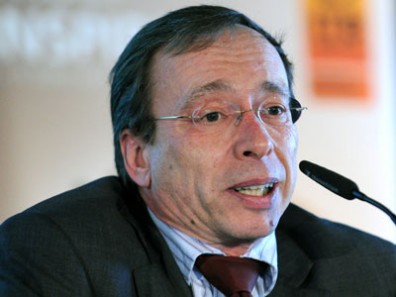 Berlin, Mar 2, IRNA — Berlin’s ITB tourism exhibition is ‘very much interested’ in having Iran as its official partner country, said the head of the world’s largest tourism fair, Martin Buck in an exclusive interview with IRNA.

To have Iran as our partner country is a ‘great dream’ of mine and I hope we can realize that dream one day, noted Buck.

We are ‘very much interested’ in having partner countries like Iran with huge tourism potential. Iran would ‘surely be one of the most attractive candidates’ as we select new partner candidates after 2016. It would also be a great political signal, he reiterated.

According to Buck, Iran has massively expanded its presence at the upcoming 49th ITB Berlin tourism fair (March 4-8), widely regarded as the world’s biggest travel and tourism exhibition.

We are very delighted to announce that Iran has widened its presence at this year’s ITB exhibit and for the first time ever, will have its own hall, he added.

Buck quoted German tour operators as saying Iran had become ‘a very popular travel destination’ over the past two years and there was a continued growing demand by tourists to visit the Middle Eastern country.

Referring to Iran’s growing importance as an international tourist destination, Buck stressed the fact that Iranians were not only ‘very hospitable’ but the country was also very safe for travellers.

What is important to point out is the general perception of Iran –not only as an attractive — but also safe country. These are ‘very important factors’, if you want to promote your tourism and travel industry globally, Buck said.

He added these were also indicators for a likely ‘tourist boom’ in Iran over the coming years.

Asked about Iran’s short-term focus when it came to promoting its tourism industry, Buck emphasized Iran’s need ‘to fine-tune its marketing strategy’ around the world.

First, Iran has to identify its global markets where it wants to attract tourists. Then it has to find out what are the real needs of foreign tourists and then adapt its marketing strategy to what they actually need, Buck said.

He pointed to useful talks with Iranian tourism officials and tour operators in finding ways to further improve the country’s travel industry.