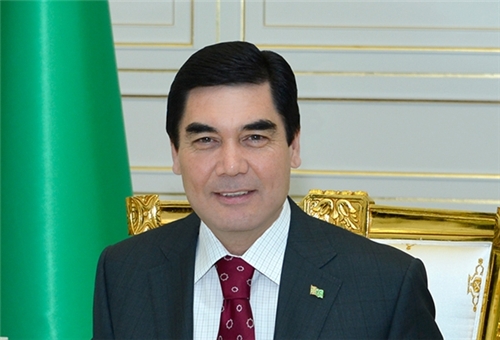 TEHRAN (FNA)- Turkmen President Gurbanguly Berdimuhamedow said Ashgabat and Tehran will witness an enhancement in their relations following the upcoming visit to his country by Iran’s President Rouhani.

The Turkmen president made the remarks in a meeting with Iranian Road and Urban Development Minister Abbas Akhoundi in Ashgabat on Sunday.

“The upcoming visit of President Rouhani to Ashgabat which has been planned for the near future will open a new chapter in the growing all-out bilateral ties and mutual cooperation between Iran and Turkmenistan,” President Berdimuhamedow said during the meeting.

The Turkmen president pointed to the status quo of Iran-Turkmenistan relations, and said, “The people of Turkmenistan and the Islamic Republic of Iran share many historical, cultural and traditional communalities rooted in the depth of their history.”

The Iranian road and urban development minister, for his part, reiterated Tehran’s commitment to the promotion of friendly ties with Ashgabat, and said, “The Islamic Republic of Iran attaches special importance to the enhancement of ties with Turkmenistan and it supports Turkmenistan’s all-out development …”

Earlier this month, a senior official announced that President Rouhani is planning to visit Turkmenistan in the near future.

He noted that the exact date of the Iranian president’s visit to Turkmenistan will be announced later.

In November, Iran’s Ambassador to Ashgabat Mohammad Hashemi Golpayegani voiced Tehran’s willingness to do its best to promote all-out relations with friendly states, including Turkmenistan.

He said Iran is currently exporting $1.2bln of technical and engineering services to Turkmenistan, adding that the Iranian Embassy will spare no efforts for raising the level of technical exports.

The diplomat said, except for Iranian firms, several companies from China, Russia and Turkey are currently active in Turkmenistan.