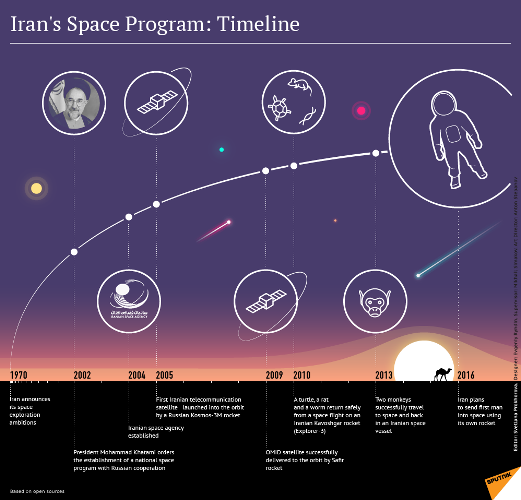 Too ambitious to be true? Iran plans to send humans to space by 2016

It was all smiles and cheers on Iran’s National Day of Space Technology, celebrated this year on February 17, as the country unveiled a prototype of a spacecraft allegedly capable of taking a human to space.

Authorities say the trial test will be conducted this year bringing the country closer to its wildest dream of sending a first astronaut where no Iranian has ever been before.