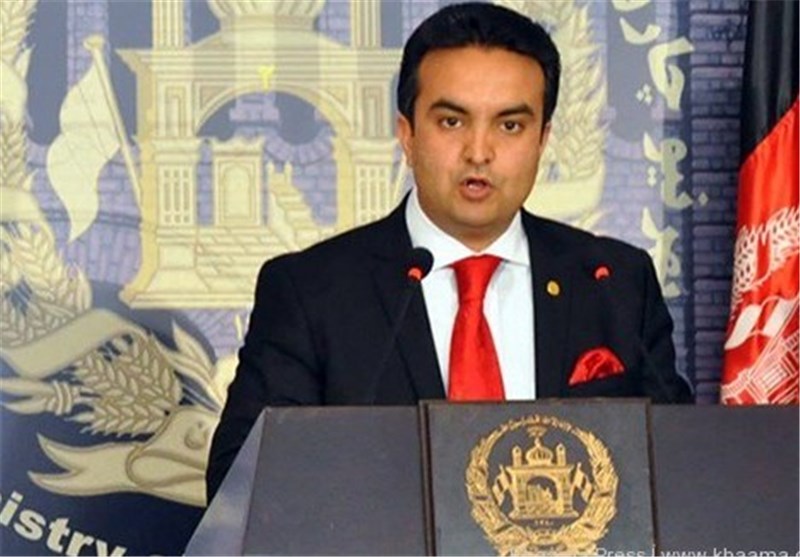 TEHRAN (Tasnim) – Afghan Foreign Ministry Spokesperson Ahmad Shakib Mustaghni condemned a Thursday bombing near Iran’s embassy in Kabul, stressing that the terrorist attack will have no impact on Iran and Afghanistan’s mutual cooperation in fighting terrorism.

Speaking to the Tasnim News Agency, Mustaghni strongly condemned the Thursday bomb explosion as a “barbaric” crime committed by the enemies of peace and stability in Afghanistan.

“The government and people of the Islamic Republic of Afghanistan are confident that the terrorist attacks… cannot undermine the firm determination of the two countries’ governments and people for deepening fraternity and friendly ties, mutual cooperation, counter-terrorism and efforts to strengthen peace and stability in Afghanistan,” Mustaghni added.

The Thursday attack took place outside the Iranian embassy in the diplomatic quarter in Kabul when a terrorist rammed a car laden with explosives into a vehicle belonging to NATO’s top envoy in Afghanistan, killing a soldier and wounding at least one person.

The Taliban swiftly claimed responsibility but appeared to have mistaken the Turkish security team for a US convoy, clarifying on Twitter that they had not intended to kill any other country’s citizens.

Also on Thursday, Iranian Foreign Ministry Spokeswoman Marziyeh Afkham denounced the attack, and said none of the Iranian embassy personnel were hurt in the blast.

Afkham further underlined the necessity of confronting any act of terrorism committed anywhere in the world by any group or individual.

She also reiterated the need for identifying and countering the roots of the “ominous phenomenon” of terrorism and extremism.