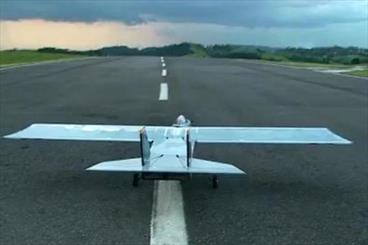 Iran to use drone for cloud seeding

TEHRAN, Feb. 28 (MNA) – An Iranian elite has designed and manufactured a drone aimed at seeding clouds to restore dry lakes.

Iranian elite Hassan Akbari-Layegh has designed and manufactured a drone aimed at seeding clouds to revive dry lakes which can also be a way to restore Lake Urmia.

Elaborating on his project, Akbari-Layegh said cloud seeding in Iran is implemented with no fundamental studies or tests and is solely confined to the general information of Meteorological Organization, including wind power as well as type, density and form of clouds while cloud seeding.

He added that incomplete information on seeding which is a costly operation sometimes leads to failure or under expected amount of rainfall.

Among drought problems in Iran, he said, are lack of objectivity in cloud seeding and recognition of the right time to operate seeding.

“If specialized seeding procedures were taken during the early drought periods of Urmia Lake, more favorable outcomes were expected,” he underlined.

Pointing to the newly-constructed drone to revive the dry lakes in the country, akbari-Layegh said it flies before seeding operation and receives complete information on temperature, density of the clouds and the wind power every waking moment by which suitable measures are taken to operate seeding in a more accurate way.

Using the new drone, he added, significant progresses will be made for the restoration of Urmia Lake in shorter time with lower costs and more accuracy.