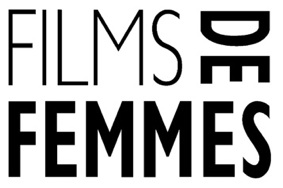 TEHRAN, Feb. 28 (MNA) –‘Iranian Ninja’ and ‘Things Are Closer Than They Appear In Mirror’ will attend the 37th Créteil International Women’s Film Festival in France.

To participate in documentary section, ‘Iranian Ninja’ is directed by Marjan Riahi and tells the story of Khatereh Jalilzadeh, the first Iranian female ninja and all obstacles and problems Iranian women are facing in this sport.

‘Ashya dar Ayeneh’ or ‘Things Are Closer Than They Appear in the Mirror’, however, is another movie by Narges Abyar, the director of praised movie ‘Track 143’. ‘Ashya dar Ayeneh’ is the story of a pregnant woman, Layla, who is struggling hard to overcome her problems. This movie will be shown in competition section of the event.

The Créteil International Women’s Film Festival, also known as “Films de Femmes”, is an annual event in Créteil, Paris, France founded by Jackie Buet in 1978 to showcase the directing talents of female filmmaker.