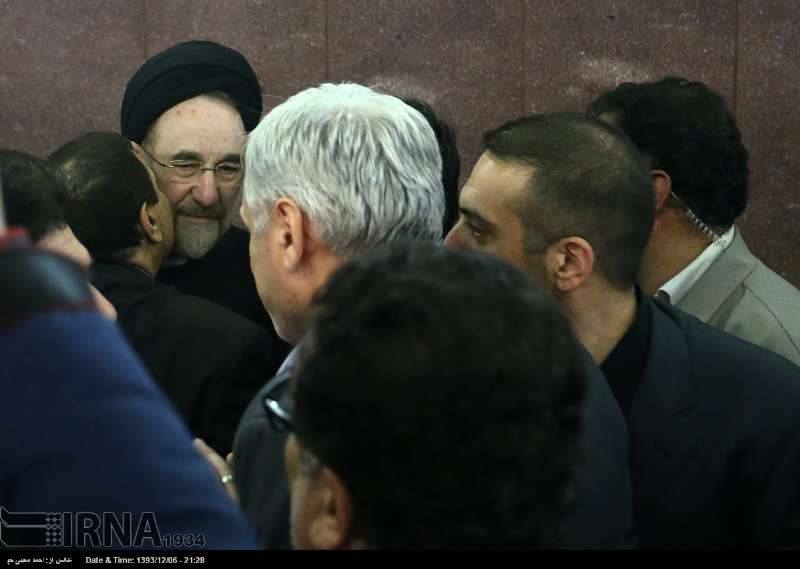 The agency, quoting a judicial source, said the Tehran prosecutor’s office “demanded the filtering” of Baharnews.ir and Jamaran.ir because of the posts.

Newspapers have said judicial authorities told media they were banned from publishing information, including pictures, about “heads of sedition,” a reference to protests claiming that the 2009 re-election of hardline president Mahmoud Ahmadinejad was fraudulent.

Khatami served from 1997 to 2005 and his double tenure was marked by bids to open up Iran to the West.

He refused to recognize Ahmadinejad’s re-election, echoing claims by reformist opposition leaders Mir Hossein Mousavi and Mehdi Karroubi that the vote was rigged.

The two men, who ran against Ahmadinejad in 2009, have been under house arrest since February 2011, and Khatami has repeatedly called for their release.

Reformists were almost wiped out in the ranks of parliament in March 2012 after boycotting polls because of the repression of protests over Ahmadinejad’s re-election.

But since the rise of moderate President Hassan Rouhani, they have made a comeback in politics.

In January, they held their first public meeting since 2009, amid efforts to wrest back control of the conservative-dominated parliament in next year’s general election.

Khatami did not attend but reportedly sent a message of support, calling on reformists to close ranks ahead of the 2016 election.

Khatami also reportedly sent a message of good wishes to the congress of Nedaye Iranian (Iranian Call), who counts among its founders one of his advisers, Mohammad Sadegh Kharrazi.