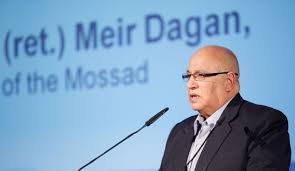 Ahead of Benjamin Netanyahu’s contentious speech to Congress, Meir Dagan says “the person who has caused the greatest strategic damage to Israel on the Iranian issue is the prime minister.”

The comments were published Friday in the Yediot Ahronot daily.

Dagan has been a fierce critic of Netanyahu’s approach to Iran, emerging as a key opponent of a potential Israeli military attack against its nuclear facilities. He says Netanyahu’s trip to Washington, over White House objections, is pointless and counterproductive.

Dagan directed the Mossad from 2002 to 2010, a period when it reportedly carried out covert attacks against Iranian nuclear scientists and unleashed cyber-attacks that delayed Iran’s progression toward a bomb.