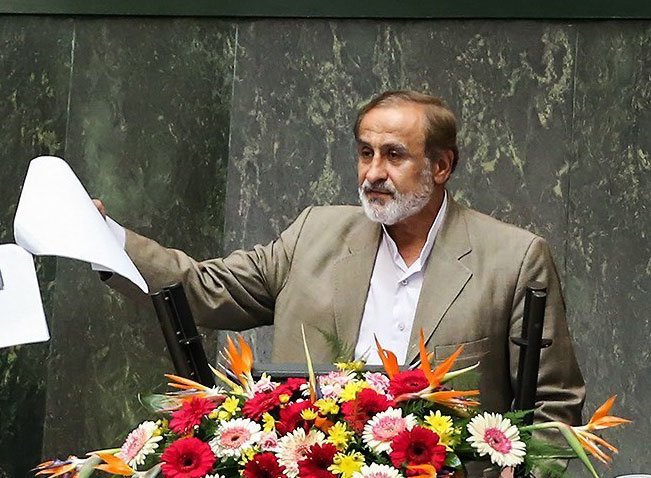 TEHRAN, Feb. 26 (MNA) – A senior parliamentarian has criticized US lack of commitment and government mismanagement in handling Iran’s unfrozen assets.

Elias Naderan, who represents Tehran constituency in the Parliament, told Mehr News that the US had failed to live to its commitments in unfreezing Iran’s assets, and this, along with government mismanagement in handling released assets had mounted to money-laundering charges against Iran in international community.

“The incumbent government officials have been criticizing the previous administration’s transferring of money in cash and outside the banking system; that time, the banking system was suffering from sanctions, thus restricting money transfer by official channels,” Naderan told Mehr News. “The US officials violated the Geneva agreement provisions in releasing Iran’s assets in few installments; in a second agreement, they mapped a complex plan for Iranian assets to be transferred to Iran ultimately through a maze of multiple transfers, which included incurred costs of currency converts,” he said, believing that now the situation became possible to violate Iran’s rights in Geneva Joint Plan of Action, which he attributed to a general mismanagement by government officials in handling the issue.

The senior Principlist parliamentarian noted that the mismanagement would hold open the mechanisms for abuse by the opportunist individuals of prominent place in government corridors; “we received news that former network who was working the previous government has now become active; this mechanism channels national money to unofficial and black markets, thus making it possible to raise money-laundering charges against Iran,” Naderan emphasized. “The money transfer of these proportions is an example of money-laundering,” he added.

“We, as representatives of the nation, have the right to be informed about what happens in currency market; we summoned Central Bank Governor for comments, who did not appear in the first place; in the second, he refused to comment, on the grounds that he was not authorized to disclose facts of the issue,” Naderan noted.

He called the Parliament presiding board to address the issue in a closed session, since “this is the rights of the representatives to know what is going on in the currency market.”

Naderan was reacting to news about the seizure by the police of bags of money in Mehr Abad Airport, which it was speculated to be cash released from Geneva JPoA provisions. There have been many allegations of corruption and money-laundering of networks trying to evade sanctions on Iran’s banking system in the previous government.