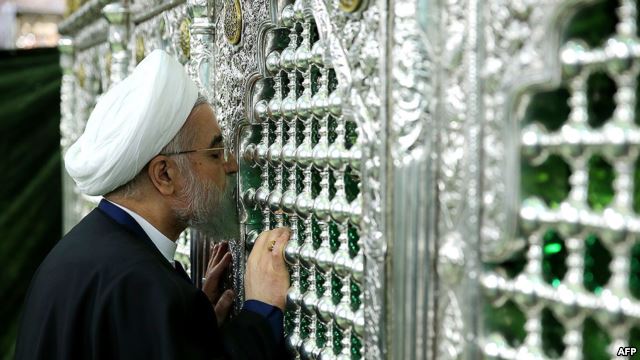 The possibility of a nuclear deal between Iran and global powers is the subject of much debate in the Islamic republic.

The discussions appear to reflect some degree of optimism that a deal will be reached despite the looming March 31 deadline for a political framework and the June 30 cutoff date for a permanent agreement.

Nonetheless, even though negotiations are still ongoing and success is far from guaranteed, President Hassan Rohani could come under pressure if his administration succeeds in reaching an enduring agreement that would reign in Tehran’s nuclear activities in exchange for sanctions relief.

In an interview with the popular Fararu.com site, analyst and university professor Sadegh Zibakalam predicted that, if a lasting nuclear deal is reached, Rohani will face a new wave of opposition from his hard-line opponents who would focus on issues such as culture and the economy.

Rohani is already facing criticism over his cultural and social policies that hard-liners find too liberal.

Zibakalam believes that the criticism will increase after a deal is struck.

“To demonstrate that the deal with the West does not mean a retreat in other arenas, government critics will definitely put more restrictions on civil liberties and the press,” Zibakalam said.

He added that Rohani and his foreign policy team should share credit for the nuclear agreement with hard-liners to escape such a scenario.

“If this deal will be considered a victory for the government, it will definitely face [a backlash] from the government’s opponents,” Zibakalam said.

He continued by saying that the deal should be portrayed as the results of years of efforts and resistance by all the forces in the country and previous governments to dampen “the fire” that the government is likely to face over it.

Also commenting on the consequences of a nuclear deal, Ayatollah Mohsen Gharavian who teaches at the Qom seminaries, had a similar analysis.

He said Rohani is likely to come under increasing criticism over his economic and cultural policies.

Gharavian said Rohani should strengthen his communication channels with senior clerics in Qom — an important center of power in the Islamic republic. Several of these clergymen have criticized the government’s cultural policies.

He also suggested that there should be more consultations and regular meetings with the senior clerics based in Qom.

Rohani travelled to Qom on February 25 where he said in a public speech: “I want to make clear that the government needs Qom.”

The reformist Shargh daily reported that, because of the timing of the speech, which comes as nuclear negotiations have entered the final stage, it “can be seen as an effort to gain the support of religious leaders for a possible agreement.”

This article was written by Golnaz Esfandiari for Radio Free Europe/Radio Liberty on February 26, 2015.