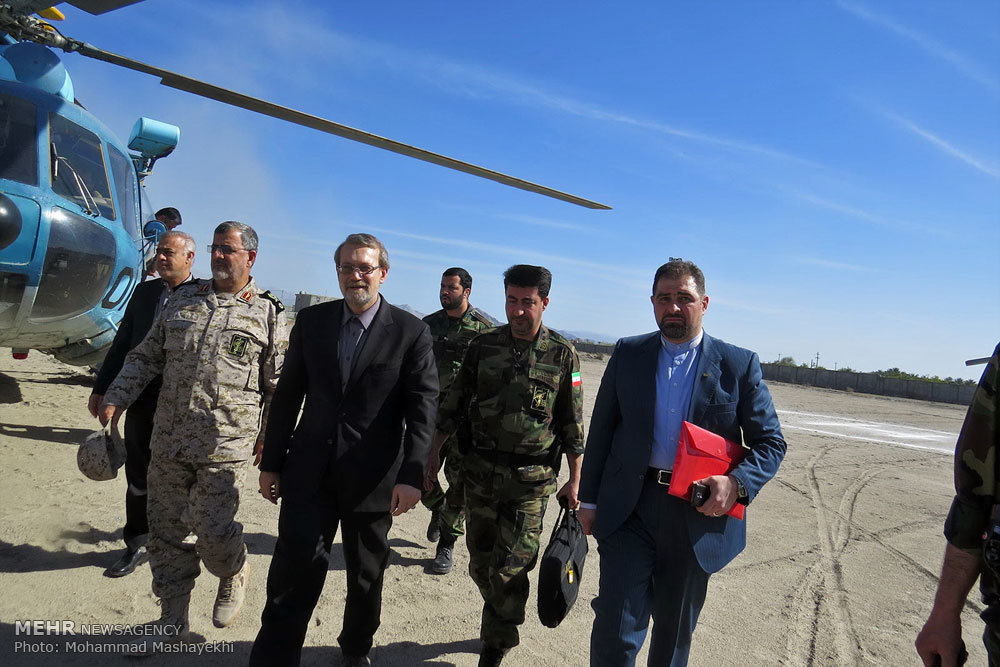 TEHRAN, Feb. 25 (MNA) – Iran’s P1arliament speaker has said super powers could no longer change the equation in the region through their warships.

Ali Larijani who was speaking to the press on the sidelines of the first phase of ‘Mohammad the Messenger of Allah-9’ military drills in the southern waters, said that Islamic Republic of Iran had a strong and competent force in the Sea of Oman; “this military might and capability would provide strength for neighboring countries as well,” he remarked.

Larijani stressed on the IRGC’s ever-increasing capabilities in different fields; “all resources of the country are in the disposal of the IRGC to protect the national interests and territorial integrity of the country; the superpowers could no longer change the balance of conditions by deploying their warships to the region as well,” he added.

“The country’s armed forces have been deployed to the region according to a well-thought measure; this is a great capacity for the country and the region,” Larijani emphasized.

Answering to a question whether military drills would have any effect on country’s diplomatic leverage, Larijani said that “to the extent that we show the independence components, we will have more leverage in international negotiations and will find better results.”

“The Parliament has specifically focused on the defense budget of the upcoming year, which along with political consensus, would win for Iran more favors in international community,” he asserted.