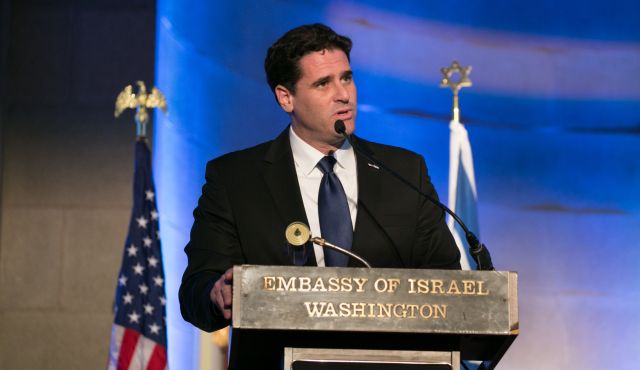 Israel’s ambassador to the US, Ron Dermer, has been busy emailing and calling several Arab ambassadors, asking them to attend Israeli Prime Minister Benjamin Netanyahu’s speech before a joint session of the US Congress next week.

Netanyahu is expected to focus his remarks on his opposition to the still-hypothetical international deal with Iran over their nuclear program, and The Atlantic magazine is reporting that Dermer is purportedly focusing his pleas to the Arab ambassadors on what, he claims, is a common goal Israel and the Arab nations have in stopping Iran from obtaining nuclear arms.

Nevertheless, none of the ambassadors have responded in the affirmative. Which might not be surprising, taking into consideration the unprecedented level of controversy surrounding Netanyahu’s visit. Coming just two weeks before the Israeli elections, the Israeli leader, struggling to keep his post, will arrive to Washington at the invitation of congressional Republicans, who broke protocol by not consulting with the White House or with Democratic colleagues before inviting him.

The White House has said President Obama will not meet with Netanyahu because they don’t want to appear to take sides so close to the Israeli elections, and the White House made it clear that the visit will seriously complicate mutual relations. According to Obama’s National Security Advisor Susan Rice, the visit “injected a degree of partisanship, which is not only unfortunate. I think it’s destructive of the fabric of the relationship,” she said in an interview with Charlie Rose.

Meanwhile, Netanyahu turned down an invitation by two US senators to meet with Senate Democrats during his visit to Washington.

“Though I greatly appreciate your kind invitation to meet with Democratic Senators, I believe that doing so at this time could compound the misperception of partisanship regarding my upcoming visit,” Netanyahu wrote in a letter to Senators Richard Durbin and Dianne Feinstein that was first obtained by Reuters.

“I can assure you my sole intention in accepting it was to voice Israel’s grave concerns about a potential nuclear agreement with Iran that could threaten the survival of my country,” the prime minister said, adding that he would be glad to meet with Senate Democrats at a later date whenever he gets back into town.

The question remains, however, whether Netanyahu is still going to be the Prime Minister after Israeli elections.

According to the Israeli daily Haaretz, his Likud party is losing popularity and might be overshadowed by the Zionist Union, headed by more moderate Isaac Herzog and Tzipi Livni.