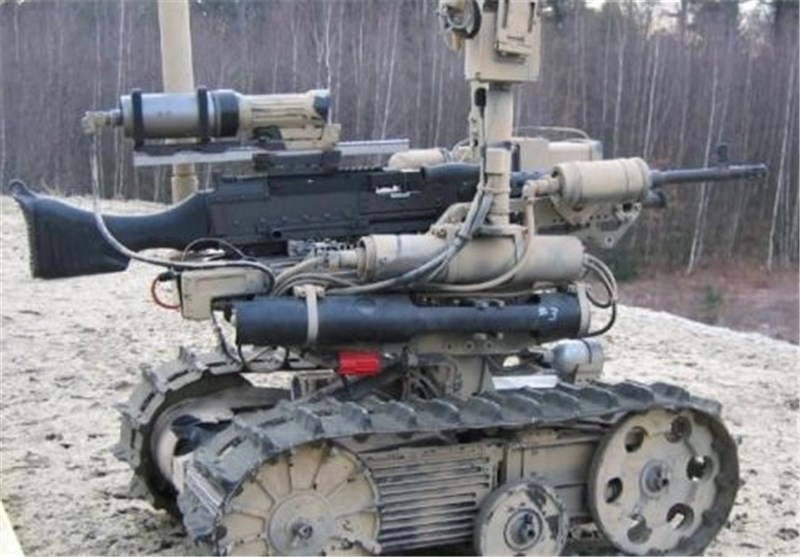 TEHRAN (Tasnim) – The Islamic Revolution Guards Corps (IRGC) unveiled some of its new robots in the war games underway in Iran’s southern and western regions.

The IRGC’s Ground Force for the first time tested its new combat and reconnaissance robots in the massive military exercises on Thursday.

The first stage of the war games, codenamed The Great Prophet-9, was held Wednesday by the IRGC Navy in the Strait of Hormuz, known as the most strategic waterway in the Persian Gulf.

On the second day of the drills, the focus is on the capabilities and latest accomplishments of the IRGC Ground Force.

The force will fly its reconnaissance drones equipped with powerful cameras and test its weapons including Ramait roadside mine, Sayyad bounding mine, Asefeh 23mm Gatling gun, Arash shoulder-launched weapon and sniper rifle Siyavash.