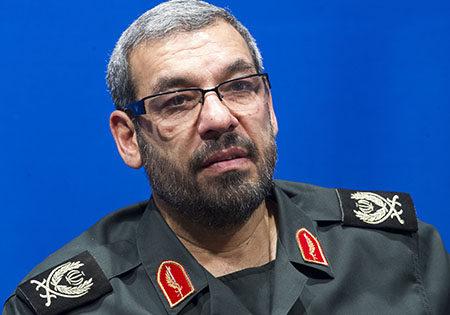 Iran to be burying place for any aggressor: Senior commander

TEHRAN (Tasnim) – Acting commander of the IRGC Ground Force Operations Division warned against any aggression on the Islamic Republic.

“We promise the dear Iranian nation that we will turn the entire country into a burying place for aggressors,” General Morteza Mirian said on the sidelines of the IRGC’s ware games.

The Islamic Revolution Guards Corps (IRGC) on Thursday kicked off the second day of major military maneuver code-named the Great Prophet 9 in southern and western Iran.

As many as 10 military divisions, including artillery, ammunitions, missiles, drones, and reconnaissance jets, will conduct operations in the second day of the drills.

The first stage of the war games was held Wednesday by the IRGC Navy in the Strait of Hormuz.