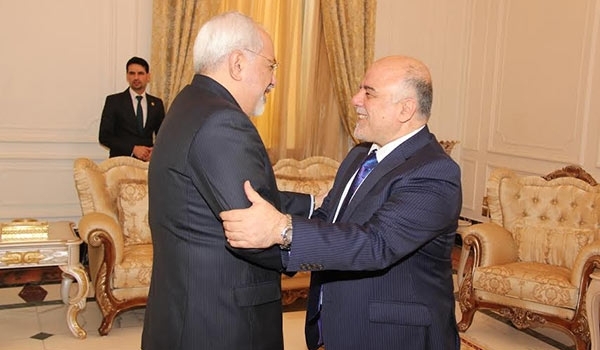 TEHRAN (FNA)- Iraqi Prime Minister Haider al-Abadi criticized US sanctions against Iran as unjust, and urged the removal of the pressures against Tehran.

Speaking in a meeting with the Iranian Foreign Minister Mohammad Javad Zarif in Baghdad on Tuesday night, al-Abadi, referring to the experience of his people of such sanctions, said the sanctions have put economic pressure on the Iranian people.

He underlined that the sanctions which harm the people should be removed.

The Iranian foreign minister arrived in Baghdad on Tuesday afternoon. During his one-day visit, he also held a meeting with his counterpart Ibrahim al-Jaafari.