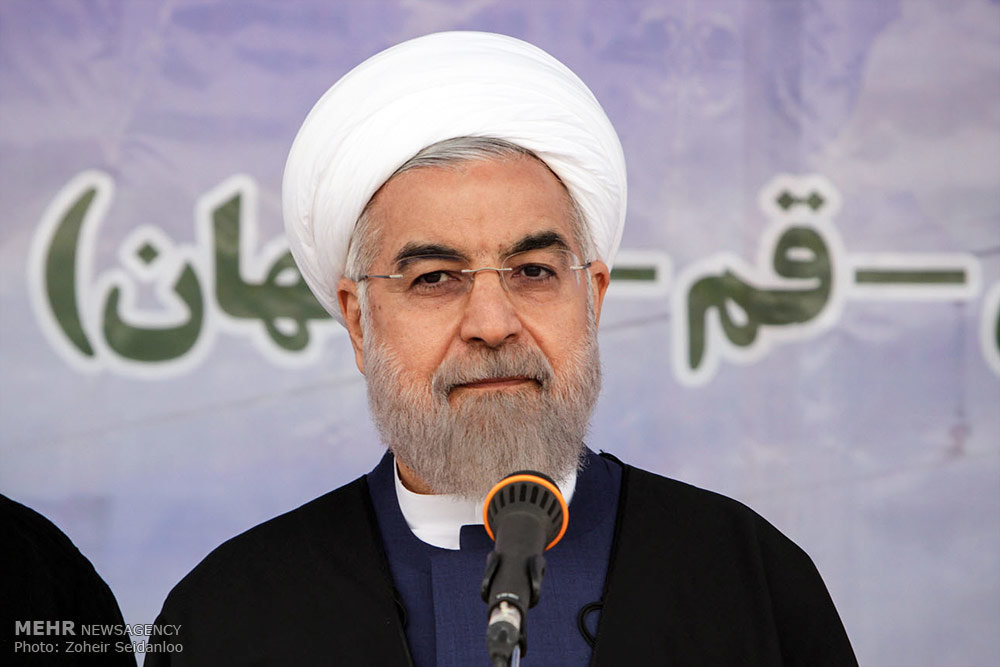 Any deal must remove all sanctions: Rouhani

TEHRAN, Feb. 25 (MNA) – On the continuation of his tours to various Iranian provinces, President Hassan Rouhani started a visit to the holy city of Qom this morning.

President Rouhani arrived in Qom this morning and immediately inaugurated the construction operation of a 410-kilometer express railroad which is to link the Iranian capital of Tehran to Qom and the ancient city of Isfahan.

He further addressed a gathering of local people at the Holy Shrine of Hazrat Masoumeh (SA). Rouhani, noting the historical and prominent role of Qom in Islamic Revolution of Iran as the largest center for senior clerics, commended accompany and participation of Qom’s people in all stages of Iran’s history and said “Qom is the symbol of religious life and it is the thought shelter;” and he added that “Hawzah should be voice of unity, rationality.”

Considering the current issues of radicalism and terrorism in name of Islam, Rouhani asserted that Islam is the religion of moderation, rather than violence, suffering, and difficulty.

Rouhani, meanwhile, stressed that government is loyal to all promises made during elections and respects and supports critics, “however, unfair, destructive criticism has no place in the country.”

Referring to his government’s foreign policies, President Rouhani emphasized that “our motto is the economic revival and constructive interaction with the world.”

He also touched upon nuclear negotiations and said “we have participated in nuclear talks powerfully and we continue it based on logics away from all marginal issues.”

Rouhani slammed illegal sanctions imposed against Iran and asserted that “sanctions are unfair and development is absolute right of people. Other side  in negotiation should know that Iran will never give up with its scientific development.”

“The final agreement must include removal of all unfair, illegal sanctions. Iran will not accept any humiliation, obligation or continuation of sanctions in nuclear talks,” Iranian president emphasized.

Appreciating the prominent role of senior clerics and the religious center of Qom, Rouhani stated that the government is always in need of their ideas and thoughts and the support of nation.