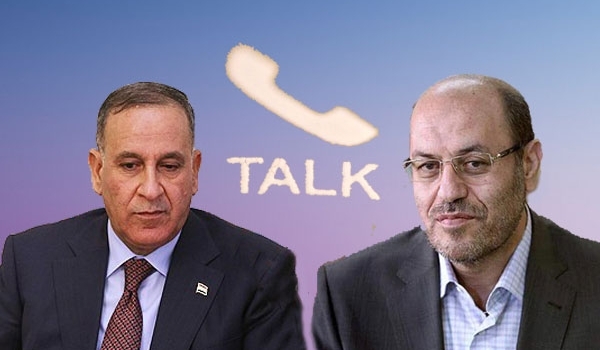 TEHRAN (FNA)- Iranian Defense Minister Brigadier General Hossein Dehqan in a phone conversation with his Iraqi counterpart Khaled al-Obeidi studied the latest developments in Iraq, and reiterated the necessity for cooperation between the two countries in the fight terrorism.

During the phone talk, Dehqan appreciated the Iraqi defense minister for his anti-terrorism positions, and underlined Iran’s firm support for the Iraqi nation, government and armed forces.

He also underscored Iran’s preparedness to accelerate implementation of agreements between the two countries and further increase defensive cooperation in line with the consolidation of stability and security in Iraq and the region.

Obeidi, for his part, thanked Iran’s principled positions and supports, and called for speeding up implementation of the recent agreements between the two countries in defense fields.

Massoum said that Iran, as a neighboring country which shares over one thousand kilometers of borders with Iraq, has helped Baghdad confront the criminal ISIL terrorists.

He further added that Iran had provided Baghdad security forces with military counseling even before rise of the ISIL in Iraq.

“This (Quds force’s assistance) is not a military presence (in Iraq or Syria), but it is military counseling that has persuaded resistance forces in Iraq and Syria to be determined in their fights against extremists and terrorists,” the Iranian commander said.