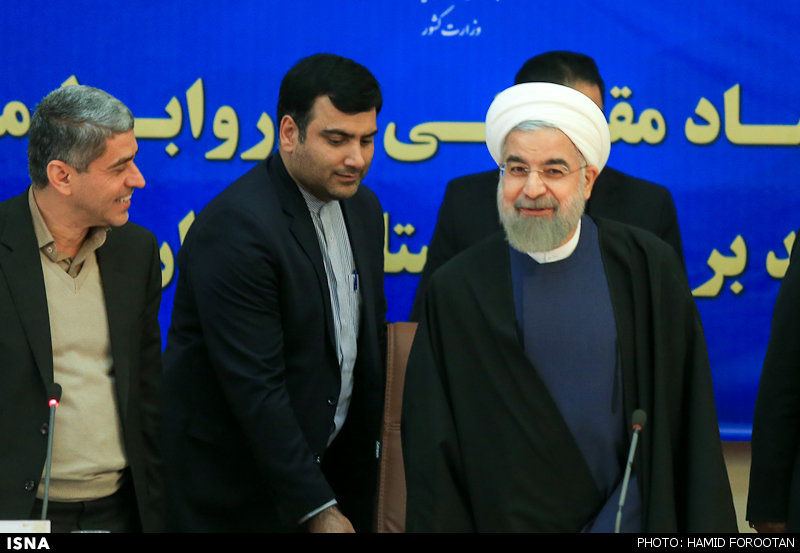 Iran’s president Rouhani attends a conference on Resistance Economy in Tehran on February 23, 2015.

Iran’s President Hassan Rouhani says the enhancement of relations with neighboring countries is a central plank of the Islamic Republic’s foreign policy.

“Having good relations with neighbors is undoubtedly the first step in our foreign policy; This issue is of utmost importance both in terms of national security and in cultural terms,” Rouhani said on Sunday.

Rouhani, who was speaking at a conference on Resistance Economy in Tehran, attached paramount significance to the promotion of ties with neighboring states, calling for closer cooperation to that end.

“Our intelligence service, our security services, our law enforcement, border patrol force, should entirely have mutual cooperation with neighboring countries. The government’s message is that we are willing to expand all-out relations,” Rouhani said.

The Iranian president said that the Islamic Republic seeks to forge closer ties with its neighbors based on “mutual interests.”

Rouhani described as “strategic” Tehran’s ties with certain neighboring states, urging the building of trust between Tehran and and its neighbors.

Since its election, Rouhani’s administration has reaffirmed its resolve to promote Tehran’s interaction with the global community, particularly Iran’s neighboring states, based on mutual respect.

The Iranian government has also repeatedly expressed its determination to allay the West’s concerns about Tehran’s nuclear energy program and resolve the issue based on a win-win approach.