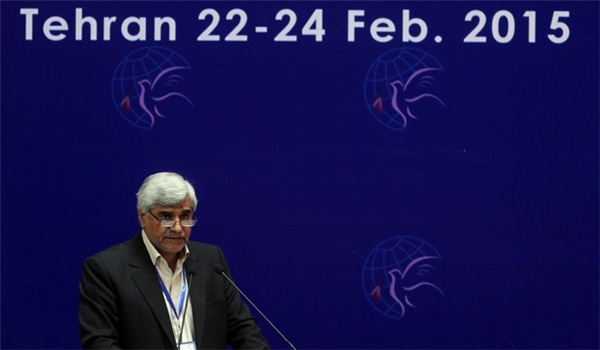 TEHRAN (FNA)- Iranian Science, Research and Technology Minister Mohammad Farhadi lashed out at the advanced western countries for their discriminatory approach towards the scientific and technological advancements of Iran.

“Iran is one of the victims of the advancement in science and technology because the developed countries not only adopt discriminatory approach towards the scientific and technological achievements in the developing countries, they also have a political attitude towards it,” Farhadi said, addressing the opening ceremony of the meeting of Science Ministers of the Non-Aligned Movement (NAM) member-states in Tehran on Monday.

Farhadi reiterated that discrimination in science is the main problem of the developing countries.

The First Meeting of the NAM ministers of science, research and technology opened in Tehran in the presence of Iranian President Hassan Rouhani earlier this morning.

On Sunday, the Iranian science, research and technology minister held bilateral meetings with his counterparts from the NAM member-states.

Farhadi underlined the importance of the meeting of NAM ministers of science, research and technology in Tehran for boosting scientific exchanges among independent states.

“The meeting of the NAM science ministers will pave the way for increasing scientific and technological exchanges among the NAM member-states,” Farhadi said in a meeting with his Burundian counterpart Joseph Butore in Tehran on Sunday.

Over 60 science ministers are take part in meeting on Monday and Tuesday.

Iran currently holds the rotating presidency of the NAM.

NAM is an international organization of states considering themselves not formally aligned with or against any major power bloc. NAM is the largest grouping of countries outside of the United Nations.

NAM member states represent nearly two-thirds of the United Nations’ members and comprise 55% of the world population, particularly countries considered to be developing or part of the Third World.

Iran received NAM rotating presidency at the opening ceremony of the NAM summit in Tehran on August 26, 2012 from Egypt for a period of three years.