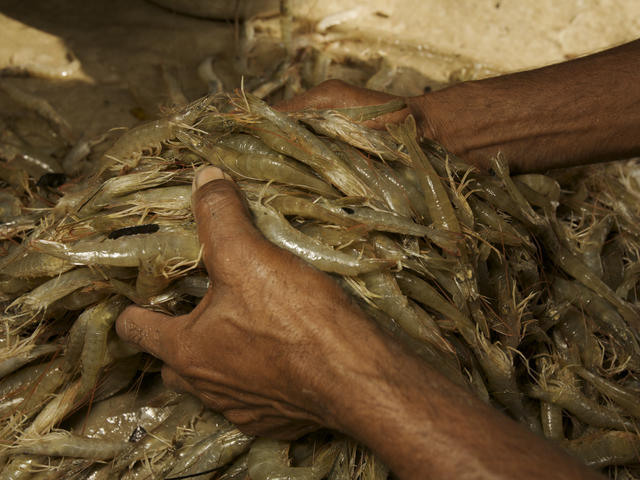 TEHRAN, Feb. 23 (MNA) – Iranian Deputy Minister of Agriculture announced the presence of a Russian delegation from the private sector in Tehran to hold talks on fisheries with Iran’s businessmen.

Iranian Deputy Minister of Agriculture Hassan Salehi, while pointing to the production of 22,500 tons of shrimp in the country, announced that a Russian delegation from the private sector had arrived in Tehran 2 days ago to hold talks on fisheries with Iranian counterparts.

During their visit to Iran, Salehi said, the Russian delegation held meetings with Iranian businessmen on Sunday and they would pay visit to some processing centers in Alborz province and some other provinces today.

Stating that Iran’s businessmen in private sector held intensive talks with their Russian counterparts, Salehi said Ministry of Agriculture would offer a bonus supports to get the chance to take advantage of future fisheries products.

Pointing to Iran’s plan for developing the culture of shrimp and marine fish, Salehi expressed hope to provide export markets as well.

Salehi also pointed to the products exported to Russia, saying that currently 30 tons of shrimps as well as 120 tons of trout were exported to Russia in pilot stage so that Russian people can become familiar with Iranian products.