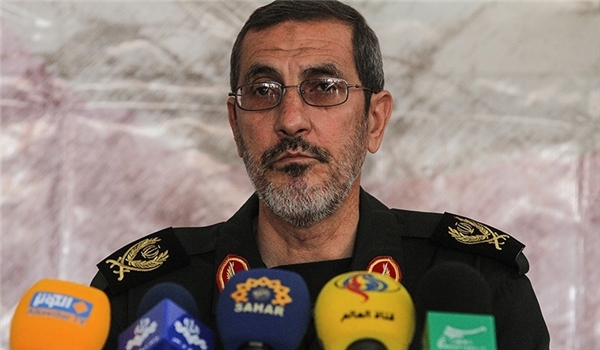 Commander: IRGC to use small-size UAVs in upcoming drills in Tehran

TEHRAN (FNA)- A senior commander of the Islamic Revolution Guards Corps announced on Monday that the IRGC will use small-sized unmanned aerial vehicles (UAVs) in its upcoming drills of rescue and relief operations in Tehran province in coming weeks.

“We will use drones and small-size UAVs in our three-day-long exercises in late March and early April,” Commander of Tehran’s Mohammad Rasoulallah Corps Brigadier General Ahmad Zolqadr told reporters on Monday.

He noted that the IRGC has planned to stage two sets of drills; one from February 25 to March 6 and the other one in late March, and said the first maneuvers will be dedicated to practicing rescue and relief operations, specially for natural disasters such as earthquakes.

Brigadier General Zolqadr pointed to the second exercises, and said, “The second sets of drills which will be held by Beit-ul-Moqaddas Battalions in late March to practice confrontation with foreign threats.”

Iran has recently made giant advancements in aviation and aerospace industries, specially in designing and manufacturing pilotless drones.

In December Iranian researchers unveiled the world’s smallest drone, ‘Soleiman (Solomon)’ which can be used for both civilian and military missions, including wiretapping.

“The drone can be used for a wide variety of missions, including magnifying and reinvigorating communication signals, tracking enemy signals and wiretapping, electronic warfare, marine patrol and surveillance, jamming radars, aerial mapping and cartography, forest preservation, etc.,” Director of Soleiman Project Marziyeh Ehterami said in the Western province of Lorestan.

She added that the drone can also carry loads lighter than 33kg.

Ehterami said that Lorestan province’s science and technology park has built the drone and negotiations are already underway for its application in various fields.