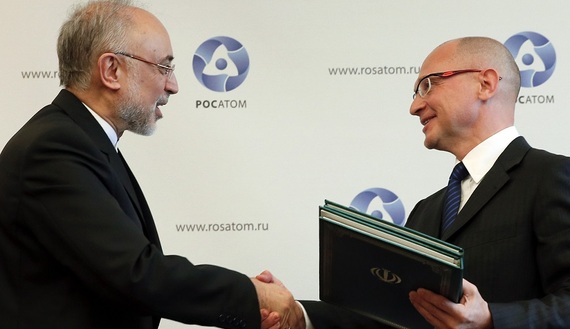 Geneva __ The head of Iran’s atomic energy organization and US Energy Secretary Ernest Moniz joined Iran nuclear negotiations here for the first time Saturday (February 21), raising expectations that talks had reached a critical point. US Secretary of State John Kerry, however, sought to tamp down expectations that Iran and six world powers were close to finalizing a preliminiary political agreement, telling reporters that there were still significant gaps.

Ali Akbar Salehi, the MIT-educated head of the Atomic Energy Organization of Iran (AEOI) and former Iranian foreign minister, joined this round of nuclear negotiations “so that all the technical issues can be resolved at the highest level,” a senior Iranian official told nuclearenergy.ir, a semi official account for Iran’s nuclear negotiating team, led by Iranian Foreign Minister Mohammad Javad Zarif.

“It was our idea to bring Dr. Salehi…and the Americans are bringing their Secretary of Energy as his counterpart,” the senior Iranian official said.

Also joining the Iranian delegation at this round of negotiations in Geneva is Hossein Fereydoon, the brother of Iranian President Hassan Rouhani and a former Iranian diplomat in New York who is close with Zarif, Iranian officials said.