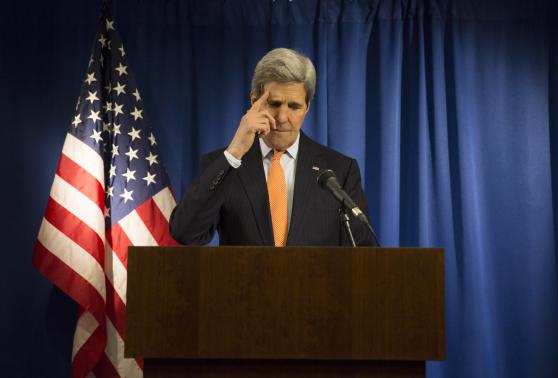 (Reuters) – U.S. Secretary of State John Kerry and his Iranian counterpart Mohammad Javad Zarif will try to narrow gaps in another round of nuclear talks in Geneva on Sunday as they press to meet a March 31 deadline for a political framework agreement.

The talks will be joined for the first time by U.S. Secretary of Energy Ernest Moniz, who agreed to attend after Iran’s nuclear chief Ali Akbar Salehi said he would take part.

A close aide and the brother of Iranian President Hassan Rouhani, Hossein Fereydoon, will also be part of the meetings, Iranian media reported.

Kerry was due to arrive in Geneva in the early afternoon, then immediately meet with the U.S. delegation, which has been in Geneva since Friday. After that he planned to meet Zarif and the Iranian delegation.

The Secretary for State said on Saturday the presence of Moniz reflected the highly technical nature of the current talks and in no way meant “that something is about to be decided.”

However, Kerry said the sides were working with urgency to meet the March 31 target for a political agreement, which would give impetus for further talks.

“There is still a distance to travel,” Kerry said in London where he met British Foreign Secretary Philip Hammond.

The negotiations between Iran and “P5+1” powers – the United States, Britain, France,Germany, Russia and China – have reached a sensitive stage with gaps remaining, mainly over Iranian uranium enrichment and the pace of removing sanctions.

Obama believed it was “imperative to be able to come to a fundamental political outline and agreement within the time space that we have left,” Kerry said.

“If that can’t be done, it would be an indication that fundamental choices are not being made that are essential to doing that,” Kerry added, also emphasizing that Obama was prepared to halt the talks if he thought they were not being productive.

A recent U.N. report said that Iran had refrained from expanding tests of more efficient models of a machine used to refine uranium under a nuclear agreement with the six world powers. Development of advanced centrifuges is feared to lead to material potentially suitable for manufacture of nuclear bombs.