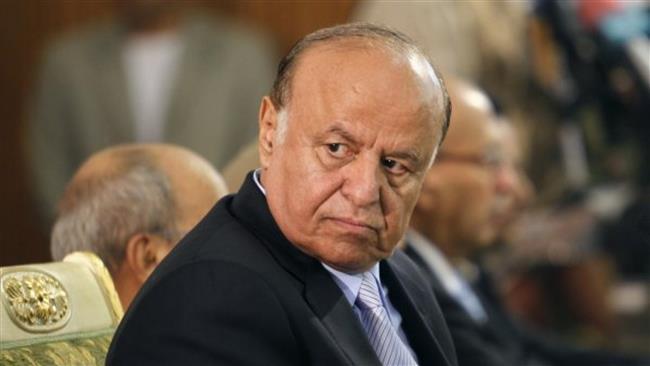 The Yemeni president, who resigned last month, has left his home in the capital city of Sana’a after weeks under effective house arrest, a source says.

A presidential aide, speaking on condition of anonymity, said Abd Rabbu Mansour Hadi was headed to Yemen’s southern city of Aden on Saturday, adding, “He managed to leave his house this morning and his way is being secured to reach Aden.”

On January 22, Hadi and the cabinet of Prime Minister Khaled Bahah resigned. The Yemeni parliament has rejected Hadi’s resignation.

Hadi’s departure came a day after the United Nations Special Adviser on Yemen Jamal Benomar said the opposing sides in Yemen’s conflict had agreed on the formation of a democratic transitional council, which will be tasked with making efforts to end the chaos in the Arab country.

Last week, the United Nations Security Council (UNSC) unanimously approved a resolution drafted on the situation in the country, calling on the involved parties to negotiate an end to the conflict.

The 15-member council urged the Shia Houthi movement to “immediately and unconditionally” withdraw its fighters from Yemen’s government institutions and release Hadi as well as his cabinet from house arrest.

The Houthi movement, however, rejected the UNSC demand to relinquish power and said the council should “respect the will and sovereignty of the Yemeni people, and to be accurate and objective.”

The revolutionaries also cautioned the UN council against following “the lead of regional powers” which they said “aim tirelessly to eliminate the will of the Yemeni people in a flagrant violation of international conventions that criminalize meddling in internal affairs.”

Earlier this month, the Houthi movement dissolved the parliament and announced a constitutional declaration on the Transitional National Council, following weeks of clashes with government forces.

The Ansarullah revolutionaries say the Yemeni government has been incapable of properly running the affairs of the country and providing security.

Before gaining control of the capital, the Houthis had set a deadline for the political parties to put aside differences and fill the power vacuum, but the deadline was missed without any change in the impoverished country’s political scene.

The movement played a key role in the popular revolution that forced Saleh to step down after 33 years of rule.