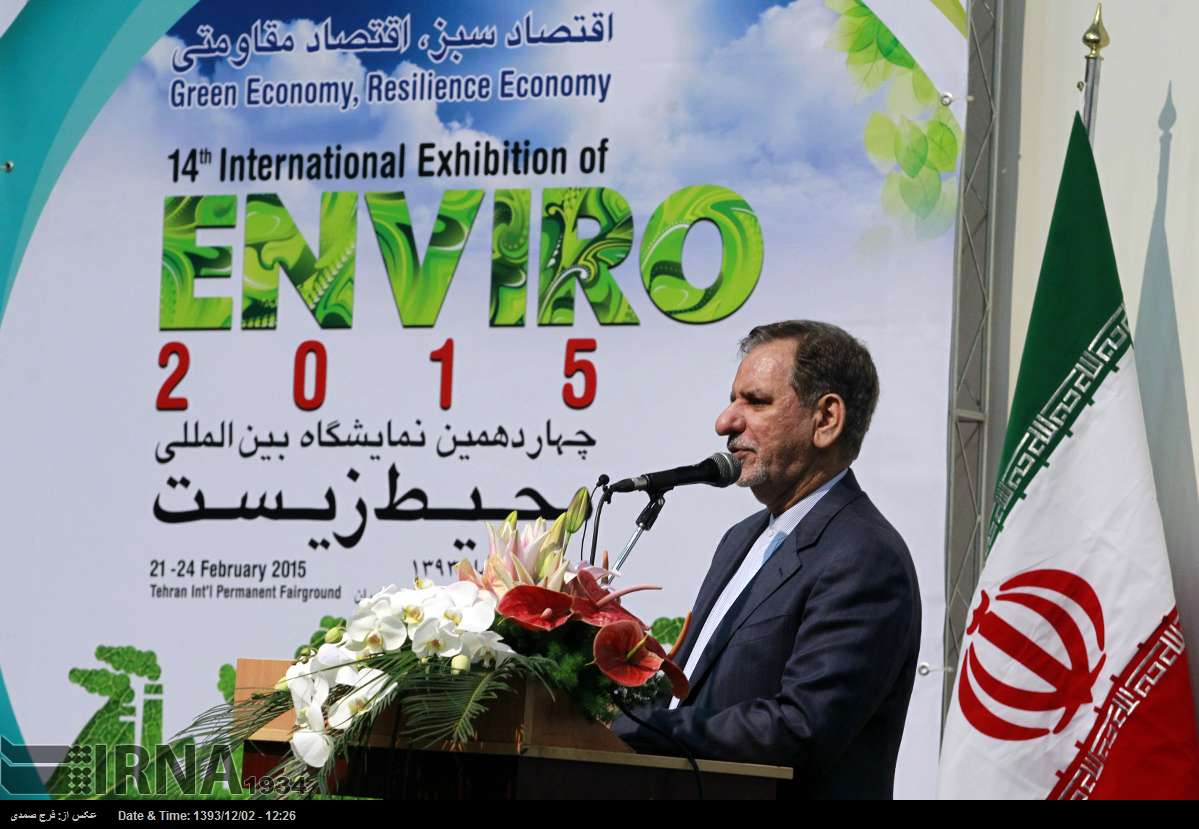 TEHRAN Feb 21(Shana)–The administration has had accurate plans for tackling the problem of air pollution and does not intend to cope with dust storm phenomenon, which has swept southwest of the country for at least 20 days, in a theatrical manner, said Vice President Eshaq Jahangiri.

Addressing the opening ceremony of the 14th International Environment Exhibition on Saturday, Jahangiri said the dust storm heads from outside of the country.

He said the government has put challenges arising from air pollution on the agenda from since its start, adding environmental problems hurt people’s life in mega cities of the country.

He said the government has defined not only new standards for fuel burnt by vehicles but has made good decisions regarding abandoning obsolete vehicles and importation of hybrid vehicles.

Iran’s economy currently faces some challenges including reliance on oil revenues, inflation, recession and unemployment and the administration should arrange a regular plan to tackle them, the vice president said.

Jahangiri further said that in addition to economic problems the country faces environmental problems, drought and other problems as well.

Stating that dust storm has changed into a serious challenge for the country especially for Khuzestan province’s residents, Jahangiri said he has talked with Iraqi officials about the issue during his last week journey to the country.