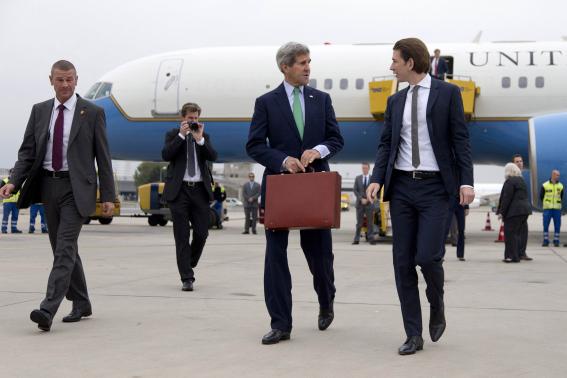 STATE DEPARTMENT—U.S. Secretary of State John Kerry’s talks next week on Iran’s nuclear program will come at a time when a report has raised new questions about whether Tehran is in full compliance with guidelines to show that its program is peaceful.

Kerry travels Sunday to Geneva, where he will meet with Iranian Foreign Minister Javad Zarif and European negotiators. The talks are an opportunity to “continue to make progress” ahead of a March deadline for a deal, State Department spokeswoman Jen Psaki said.

“We have about six weeks here until we are looking at our goal of achieving a political framework agreement,” she said.

A report from the International Atomic Energy Agency says Iran is in compliance with some provisions of a nuclear agreement that could lead to a lifting of international sanctions. But the U.N. nuclear agency says it remains concerned about possible existence of “undisclosed nuclear-related activities” in Iran that could include work linked to the development of a nuclear payload for a missile.

David Albright of the Institute for Science and International Security said the findings show Iran is not giving the IAEA what it needs.

Iran “is not allowing [the IAEA] to go to sites like the Parchin military site, which they have asked for since early 2012,” Albright said. “There are other sites related to military or nuclear weapons work that they would like to visit, people they would like to interview. So, they are just not making progress.”

Iran now has a different focus in the nuclear talks, Albright said. “The key issue right now in the negotiations is Iran making concessions on its uranium enrichment program,” he said. “It knows what it has to do. It knows the U.S. bottom line.”

Iran offered a different view of the nuclear watchdog agency’s report. According to state media reports, IAEA ambassador Reza Najafi said the findings showed his country’s “full transparency” and the peaceful nature of its program.

Before heading to Geneva, Kerry will stop in London, where he is expected to discuss Iran’s nuclear status, Ukraine’s unrest and other issues with British Foreign Secretary Philip Hammond.