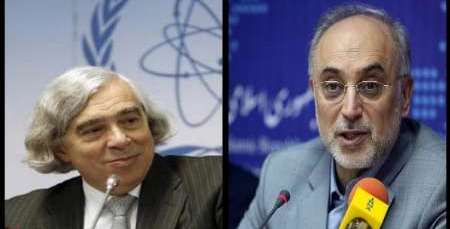 Tehran, Feb 21, IRNA – Three hours of high-profile expert-level nuclear negotiations between Iran and the United States in Geneva on Saturday will begin for the moment after a short interval.

The talks are co-chaired by head of the Atomic Energy Organization of Iran Ali-Akbar Salehi and US Secretary of Energy Ernest Moniz.

Foreign Minister Mohammad Javad Zarif and US Secretary of State John Kerry are also scheduled to arrive in Geneva on Sunday.

Before his arrival in Geneva, Kerry will stop in London to meet and confer with his British counterpart Philip Hammond over Iran’s nuclear dispute and the crisis going on in eastern Ukraine.

On Friday, the Iranian and US deputy foreign ministers and Schmid held five hours of talks. Experts of the two countries also held a separate meeting for two-and-a-half hours.

IRNA reporter in Geneva said that deputy foreign ministers of other members of the P5+1 (the United States, Britain, France, Russia and China, plus Germany) may join the talks in coming days.

Representatives of Iran and the six governments are aiming to reach a political understanding by March and agree on a comprehensive deal by a self-imposed June 30 deadline.