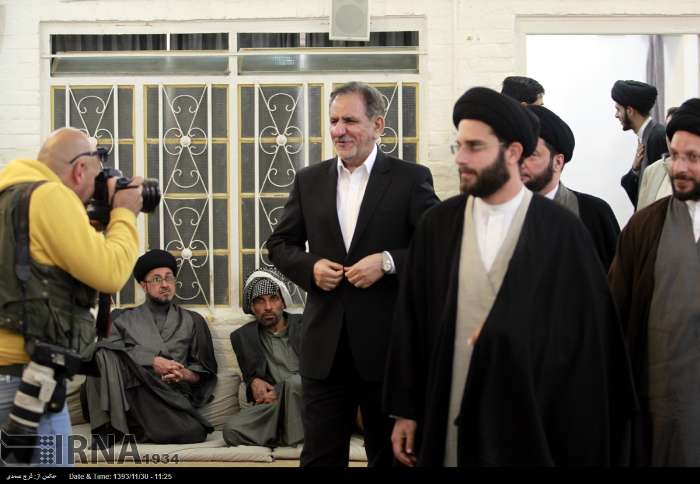 Jahangiri, who started a three-day tour of Iraq on Monday, met with Ayatollah Sistani in the holy city of Najaf on Wednesday.

Following the meeting, the Iranian vice president briefed reporters on the subjects he discussed with the renowned religious leader.

“In the meeting, I expressed my gratitude for his epoch-making fatwa that was issued in a very important and determining juncture,” he said.

Jahangiri said Ayatollah Sistani’s call for armed battle against the ISIL militants saved Iraq in the face of terrorism and extremism.

The ISIL militants made advances in northern and western Iraq in summer 2014, after capturing swaths of northern Syria.

However, a combination of concentrated attacks by the Iraqi military and the volunteer forces, who rushed to take arms after Ayatollah Sistani issued the fatwa calling for fight against the militants, have blunted the edge of the ISIL offensive.