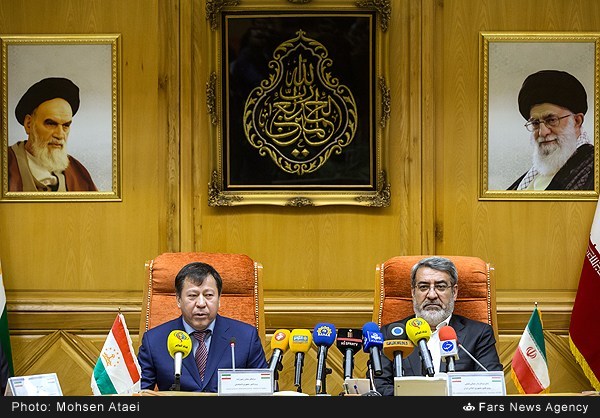 Based on the agreement, the two capitals will cooperate on fighting against extraterritorial organized crimes, terrorism and money laundering as well as clashing with arms traffiking and smuggling of commodities.

Iran and Tajikistan decided to sign an agreement for security cooperation while the Iranian minister was on a visit to Dushanbe five months ago.

In their Thursday meeting, the two ministers further agreed to thighten border security measures since both countries have joint borders with Afghanistan which is the main producer of narcotic drugs.

The Tajik minister of interior arrived in Tehran late on Wednesday upon an official invitation by his Iranian counterpart.

While in the Iranian capital, Rahimzadeh is to meet with Police chief Brigadier General Esmaeil Ahmadi Moqaddam and tour the Police Academy.