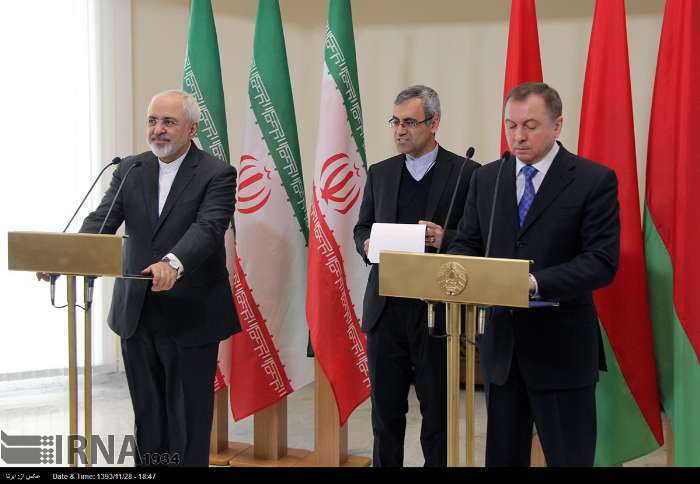 TEHRAN, Feb. 17 (MNA) – Belarus FM called for the expansion of trade and economic ties with Iran, commensurate with the political relations.

At a joint press conference with his Iranian counterpart Mohammad Javad Zarif, Belarus FM Vladimir Maki urged the expansion of trade and economic ties in line with the political relations with Islamic Republic of Iran.

Vladimir Maki made the remarks at a joint press conference with his Iranian counterpart Mohammad Javad Zarif.

He stressed the need to take measures in order to develop bilateral relations, adding that we should not look only to the past but to the future and expect new movements in cooperation between Iran and Belarus.