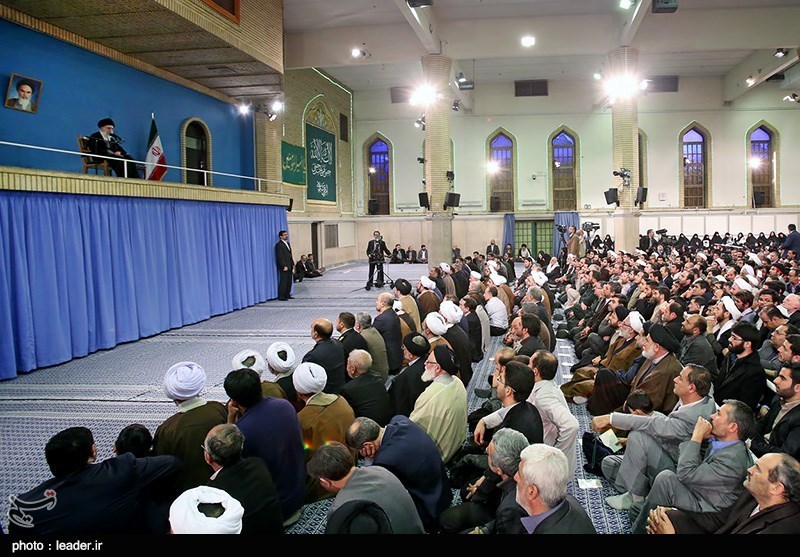 Leader of the Islamic Revolution Ayatollah Seyyed Ali Khamenei says Iran can stand up to sanctions against the country and foil enemy’s plots.

Secretary of Iran’s Human Rights Council Mohammad Javad Larijani deplored the US statement on the conditions of two opposition leaders in Iran as a blatant meddling in Tehran’s domestic affairs.

Iranian Foreign Ministry Spokesman Marziyeh Afkham on Wednesday once again rejected the possibility of Iran’s acceptance of a two-phased nuclear agreement with the world powers, calling on the latter to show political will to end the standoff.

The Iranian Navy is building a new hi-tech submarine with the capability of launching missiles and torpedo.

Iran has rejected the European Union (EU)’s recent move to put the country’s biggest tanker firm back on its sanctions list, saying the move runs counter to the ongoing talks over Tehran’s nuclear program. “We consider the EU move to re-impose sanctions on the National Iranian Tanker Company (NITC) as politically-motivated, nonconstructive, against the good will trend and in contravention of the ongoing [nuclear] talks,” Foreign Ministry Spokeswoman Marzieh Afkham said at her weekly press briefing on Wednesday.

Spokesman for the Iranian Interior Ministry Hossein Ali Amiri said on Wednesday that the country’s security and intelligence forces have identified and arrested members of a terrorist group in the Southeastern province of Sistan and Balouchestan.

Chinese president due in Tehran soon

Chinese Ambassador to Iran Pang Sen said on Tuesday that President Xi Jinping is to visit Tehran in a near future upon an invitation of senior Iranian officials.

Ex-US aide calls for war on Iran if deal violated

A former US presidential aide says Washington should pass a law mandating military action against Iran if the Islamic Republic violates the terms of a final deal over its nuclear program.