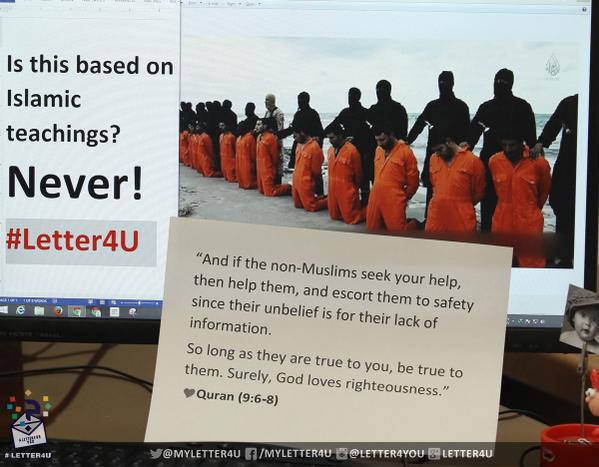 “We don’t forget how much Iranian #Christians have taken pains to render services & some of them have martyred in Saddam’s war against #Iran,” he tweeted in English late Monday.

Iran’s leadership regularly takes to social media to make points about politics and society, even though Twitter is outlawed in Iran.

In a flurry of messages,  Ayatollah Khamenei advised Muslims to help Christians in need while extolling what he said was the Islamic Republic of Iran’s equal treatment of people of different faiths. ISIS is intent on imposing its radical version of Sunni Islamic law, which puts it in conflict with majority Shiite Muslim Iran.

Ayatollah Khamenei also made his trademark criticism of Western governments in a retweeted message accompanied by a photograph taken from the ISIS video released Sunday of the Egyptian Coptics before they were beheaded.