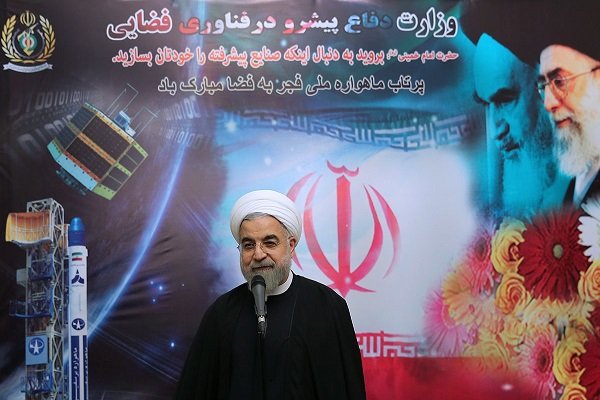 President Hassan Rouhani discussed the January 9 announcement of the restructuring of the Iranian Space Agency. He noted, his administration “realized that “unwanted changes occur structurally in the problem of aerospace science…. We saw that many of the scientific centers must be under direct supervision, to better develop; for this reason, we have placed the space program and its corresponding research center in the Ministry of Communications [and Information Technology. Meanwhile, the Ministry of Communications and Information Technology announced that the space program’s first ten-year development plan has reached the end of its testing stage and the second ten-year development plan has begun to implement more applied uses of technology. Iran’s first manned spacecraft prototype was also unveiled; “the spacecraft is scheduled to be launched into orbit next year.

Deputy Commander of the IRGC Brigadier General Hossein Salami stated that “Our ballistic missiles place hit[s] the enemy vessels at sea with zero error, so that, as confessed by the U.S. Secretary of Defense, the maritime strategy of the biggest naval power in the world has changed,” following Secretary of Defense Ashton Carter’s comments at his confirmation hearing.

Parliament Speaker Ali Larijani criticized excessive focus on “cultural and political independence” to the detriment of achieving economic independence, warning that such a focus would result in “damage” to it. He also indicated that the concepts of the Islamic Revolution are “still the same, but have become a bit more complex.”