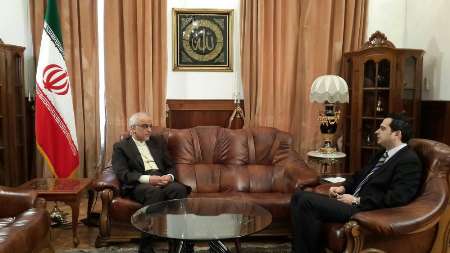 Belgrade, Feb 18, IRNA – Iran’s Ambassador to Bosnia-Herzegovina Hossein Rajabi on Tuesday stressed that as a member of the International Atomic Energy Agency (IAEA), Iran is dedicated to the body’s regulations and approvals.

Rajabi made the remarks while speaking in a televised political program on the Bosnian TV about Iran’s peaceful nuclear program.

Referring to the IAEA’s regular inspections from Iran’s nuclear facilities, the diplomat said even at the very moment that he was talking at the TV program, the agency’s cameras were shooting all activities underway at the Iranian nuclear sites.

Rajabi added that IAEA experts have been making repeated inspections from the facilities providing several thousand pages of reports about them.

According to the diplomat, presence of the IAEA inspectors and its cameras in the Iranian sites indicated Tehran’s commitment to the international rules.

However, he complained that Iran faces a challenge which is the country has been facing certain claims which are baseless.

Rajabi said raising unfounded claims about Iran peaceful nuclear activities is against all international legal approaches and aimed at depriving the country from its legitimate rights.