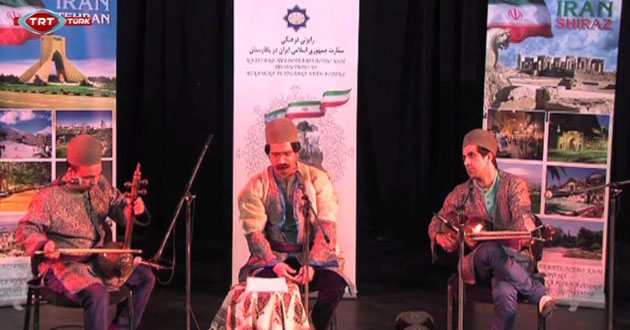 Traditional Iranian music has shifted to a new place in Bulgaria’s capital of Sofia. Iranian music group Bamdad has given a concert, during the anniversary of the 36th Iranian Islamic revolution. With the event held at the Iranian embassy in Sofia, the cultural representation was appreciated by all who attended.

Sofia played host to the event on the 36th anniversay which was watched by hundreds of Bulgarians. Iranian group Bamdad was invited to the event and presented a 2 hour concert. Lead singer Kazim Ekremi with his unique voice was aided by traditional instruments such as the fiddle, tar, darbuka and treated the audience to a unique side of Iran.

Irans cultural attache, Muhammad Ali Kiyani said that the event, held at the National Cultural Palace, was in its 2nd year and carried alot of importance. He said, “There was a huge revolution that took place in February 11, 1979 by Ayatollah Khomeini. Today we celebrate this as a public holiday and remember our martyrs who sacrificed their lives for this revolution. It has been 36 years and it has not been forgotten and we thank the Bulgarian organisations who suppported us in this event”.
The two country event was well received and provided another chance to strengthen the relations between the two countries.