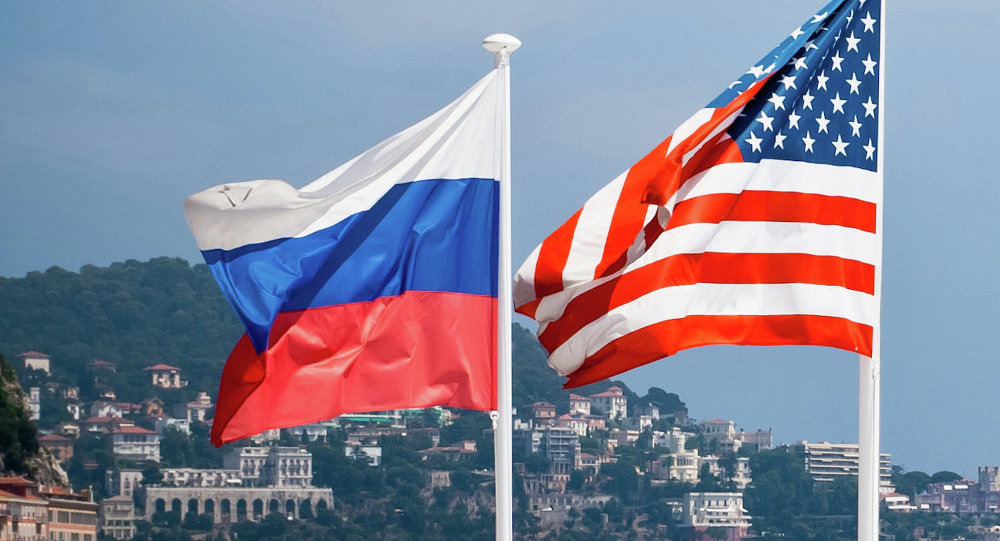 Flags of Russia & US

Russia has replaced China as the country which the American public considers its greatest enemy, pollsters in the US report.

MOSCOW, Sputnik – More Americans believe that Russia is the most threatening foreign country in the world than at any time in the recent past, with the proportion of people naming Russia as the greatest enemy of the US increasing nine-fold in three years.

Polling carried out by Gallup on February 8-11 found that Russia has replaced China as the state which Americans believe to be the US’s greatest enemy. North Korea took second place, China third, and Iran fourth.

Iraq came fifth in the public’s fears, despite the country having been under US occupation since the US-led invasion in 2003.

Americans were also asked about their basic view of Russia, with 70 percent replying that they had an unfavorable basic view, and 24 percent favorable. The rating is the most negative recorded by Gallup in the 26 years it has been asking the question, during which the pollsters explain the trend in ratings “has fluctuated a great deal.” Just three years ago, reported Gallup, Americans’ views of Russia were more positive than negative.

The US researchers however sounded a positive note on US-Russian public relations, pointing out that “because Americans’ attitudes about Russia have changed substantially in the past and have been quite positive at times — which has not been the case for countries such as Iran, Iraq and North Korea — if Russian and American policy interests find more common ground, Americans’ views of Russia could recover quickly.”

Gallup also noted that America’s enmity towards Russia “appears to be mutual, given that a Gallup World Poll survey of Russians conducted from April-June 2014 found 4% of Russians approving and 82% disapproving of US Leadership.”

Earlier this month Russian independent pollsters the Levada Center announced the results of a poll taken in Russia on January 15, according to which 81 percent of Russians held a negative opinion of the US, up from 44 percent a year ago. The European Union was also viewed negatively by 71 percent of those polled, up from 34 percent in January 2014, when 50 percent of respondents said they looked positively on the EU. In contrast, Russian views of China were positive, with 80 percent having a favorable view of their eastern neighbor, up from 77 percent of respondents in May 2014.