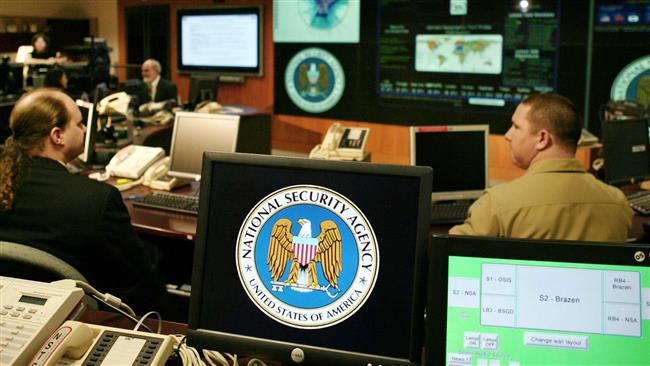 The NSA can hide spying software deep within hard drives produced by the world’s top manufactures.

The US National Security Agency is capable of eavesdropping on computers used in countries like Iran, China, Russia and a number of other nations, a new report says.

The NSA has found a way to hide spying software deep within hard drives produced by the world’s top-notch manufactures including Western Digital, Seagate, Toshiba and others, cyber researchers and former operatives say.

The ability, which the spying agency has been seeking to acquire for a long time, is a part of a set of spying programs discovered and revealed by Kaspersky Lab, a Moscow-based security software maker, Reuters reported.

According to Kaspersky, a number of 30 countries have been identified where computers are infected with one or more of the spying programs.

In addition to Iran, Russia and China, the agency is targeting Pakistan, Afghanistan, Mali, Syria, Yemen and Algeria.

Although the Russian firm refused to give the name of the country behind the spying campaign, it asserted that it was linked to Stuxnet, the NSA-led cyberweapon.

Meanwhile, a former NSA employee confirmed to Reuters the validity of Kaspersky’s analysis, saying the agency’s staff still value such espionage programs as highly as Stuxnet.

The NSA had also produced the prized technique of hiding spyware in hard drives, according to another ex-NSA employee.

In June 2013, American whistleblower Edward Snowden, who was working in the NSA as a contractor, leaked classified intelligence documents, showing the extent of the agency’s spying activities.

According to the documents, the agency had been collecting the phone records of millions of Americans and foreign nationals as well as political leaders around the world.