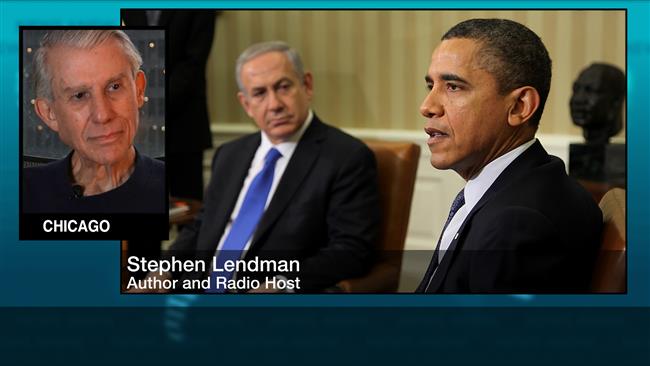 Congress members “know Iran doesn’t have a nuclear program but they won’t say so,” Lendman said.

Israeli Prime Minister Benjamin Netanyahu will address the US Congress in order to torpedo nuclear negotiations between Iran and the five permanent members of the UN Security Council plus Germany, an American activist says.

Congress members know that “Iran doesn’t have a nuclear program, but they won’t say so publicly because the mantra has to be the opposite of the things that they do, otherwise, they can’t impose more sanctions which they probably will do to find a way to torpedo the P5+1 talks,” Stephen Lendman told Press TV on Monday.

He added Netanyahu will play his “role doing it” by his next month address to Congress.

Boehner issued the invitation just hours after President Barack Obama threatened to veto any Iran sanctions bill during his State of the Union address on January 20.

Lendman said one reason Netanyahu is coming to the US is to lie about Iran’s nuclear program.

Netanyahu “wants the whole world to know something that isn’t so that Iran is on a fast track to developing nuclear weapons,” he stated.

The US “scoundrel media will pick up on his comments and to be the key stories in the newspapers and on television after he gives his talk,” he added.

Netanyahu has previously said that he would use the speech to criticize the Obama administration over diplomacy with Iran.

Iran and the P5+1 states — the US, France, Britain, Russia, China and Germany — are seeking to seal a high-profile political deal by the end of March and to confirm the full technical details of the accord by July 1.