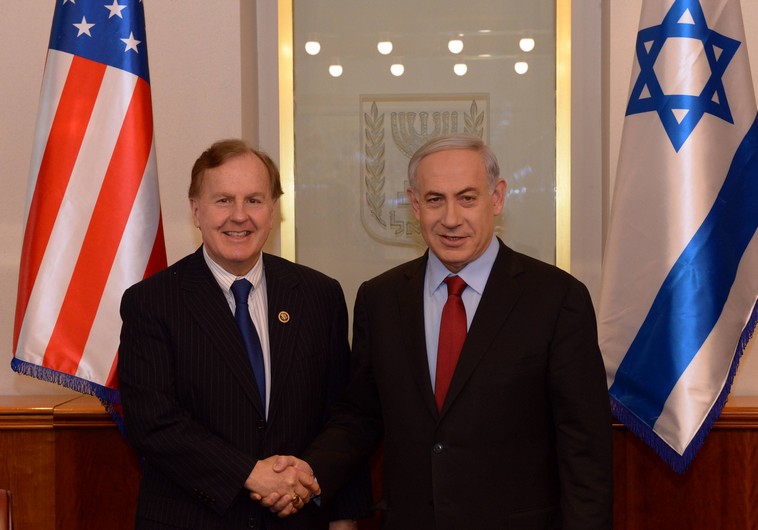 Netanyahu to visiting congressmen: Stopping Iran is not a Democrat or Republican issue

Preventing Iran from acquiring a nuclear bomb is not a Republican or Democratic issue, but rather an Israeli, American and global issue, Prime Minister Benjamin Netanyahu told two visiting Republican congressman on Tuesday.

“We believe that the current proposal before Iran, handed over by the P5+1, is very dangerous to Israel and dangerous to the region and the peace of the world,” he told North Carolina Congressman Robert Pittenger and Florida’s Dennis A. Ross.

Relating to the friction his planned speech in March to Congress has created, Netanyahu said that the Israeli-US alliance is “powerful” and based on common values and interests.

“We appreciate the support of Democrats and Republicans alike,” he said. “We have a great national interest in preventing Iran from acquiring the means to develop nuclear arms.”

He said this was the reason he feels it important to speak to Congress and explain Israel’s position. “There are those who think otherwise,” he said. “I am open to hearing their case, and I would hope that they would extend Israel – the country whose very existence is threatened by Iran – that same courtesy.”