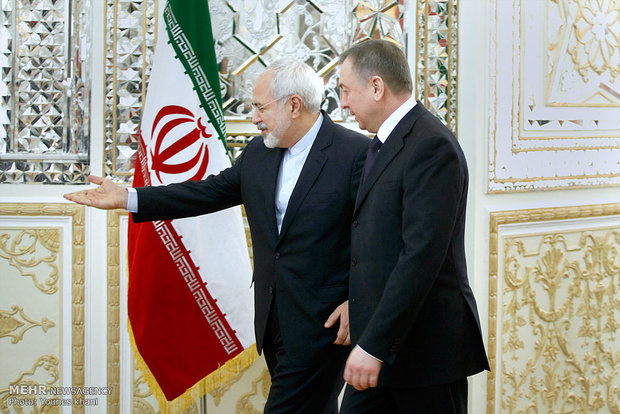 Makei: Belarus and Iran underuse their trade and economic potential

MINSK, 17 February (BelTA) – Belarus and Iran underuse the potential of their trade and economic relations, Foreign Minister of Belarus Vladimir Makei said as he met with his Iranian counterpart Mohammad Javad Zarif on 17 February, BelTA has learned.

“In 2014 the trade between our countries considerably increased. However, the potential of the trade and economic relations has not been used to the full, and we have discussed it. Our goal is to outline measures to add momentum for our bilateral cooperation and make it meet the level of our political collaboration,” Vladimir Makei said.

The Iranian Foreign Minister, for his part, expressed confidence that a visit of Belarusian President Alexander Lukashenko to Iran would make a good stimulus for bilateral cooperation. According to him, the intergovernmental commission is expected to hold a meeting in the near future to discuss a wide range of issues related to trade and economic relations. “The industry has sectors where we can complement each other,” Mohammad Javad Zarif stated.

As was informed, the Iranian Foreign Minister is on an official working visit to Belarus on 16-18 February. The program of the visit includes the diplomat’s meetings with Prime Minister Andrei Kobyakov and Speaker of the Council of the Republic of the National Assembly Mikhail Myasnikovich. Mohammad Javad Zarif is also expected to take part in the opening ceremony of a new building of the Iranian Embassy in Belarus.