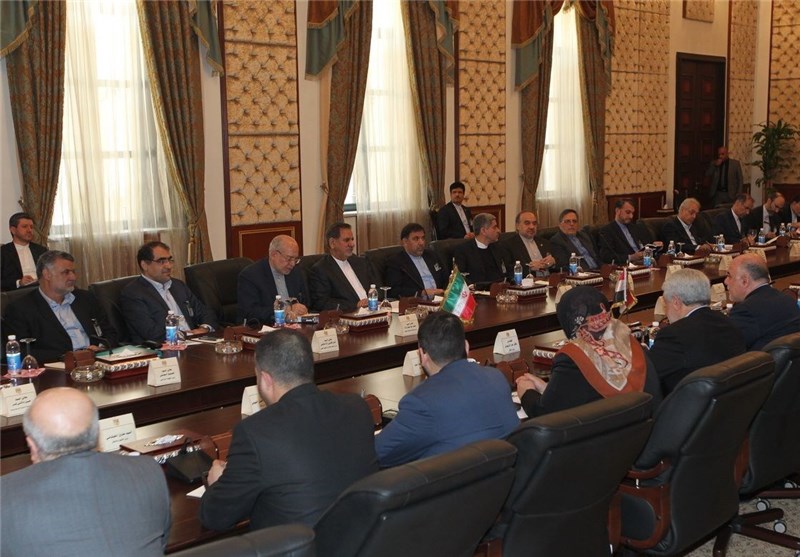 Maintenance of unity among Iraqis and protection of Iraq’s territorial integrity are among the Islamic Republic of Iran’s principled policies, Jahangiri said in Baghdad on Monday.

He made the remarks at a session of Iran-Iraq High Joint Commission, attended by high-ranking officials from the two Muslim neighbors.

Jahangiri further hailed Iraq and Syria as the two countries “at the forefront” of the fight against terrorism that stand against the ISIL (Islamic State in Iraq and the Levant) militants.

The Iranian official explained that single-handed military action against the ISIL terrorists is not sufficient, and called for concerted action by all countries to counter the notorious group.

Commenting on the plummeting oil prices over the past months, Jahangiri said such decline is detrimental to both Iran and Iraq as two major oil exporters, calling for joint efforts by Tehran and Baghdad to deal with the issue.

Heading a high-ranking delegation, comprised of 5 ministers and 2 vice presidents, Jahangiri started a three-day tour of Iraq on Monday at the invitation of Iraqi Prime Minister Haider al-Abadi.