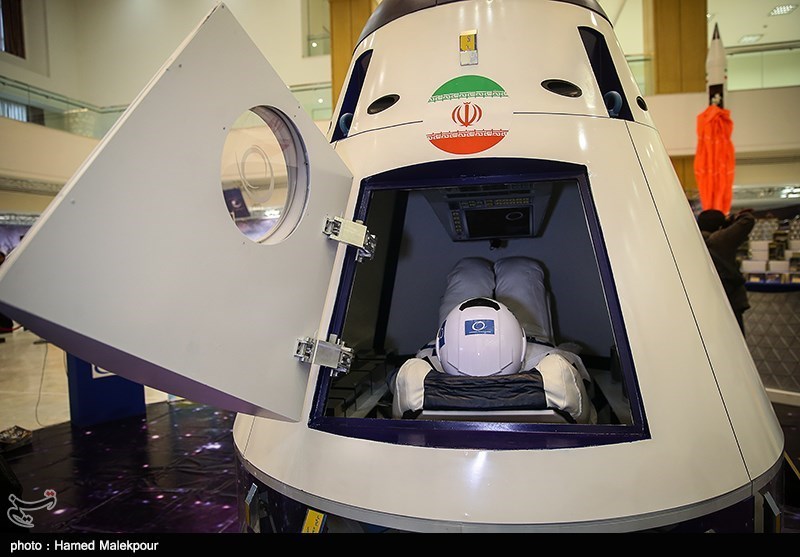 TEHRAN (Tasnim) – Iran on Tuesday unveiled the mock-up of a homegrown spacecraft that is capable of carrying astronauts into space.

The spaceship, built on one-to-one scale, was put on display in an exhibition of Iran’s latest achievements in space industry, held in Tehran on Tuesday.

The spacecraft will be reportedly launched into orbit next Iranian year (starts on March 21, 2015).

Iran has in recent years made great headways in manufacturing satellites thanks to the efforts made by its local scientists.

In January 2013, Iran sent a monkey into space aboard an indigenous bio-capsule code-named  Pishgam (Pioneer).

And later in December 2013, the country’s scientists could successfully send a monkey, called ‘Fargam’ or Auspicious, into space aboard Pajoheshan (Research) indigenous rocket and return the live simian back to earth safely.